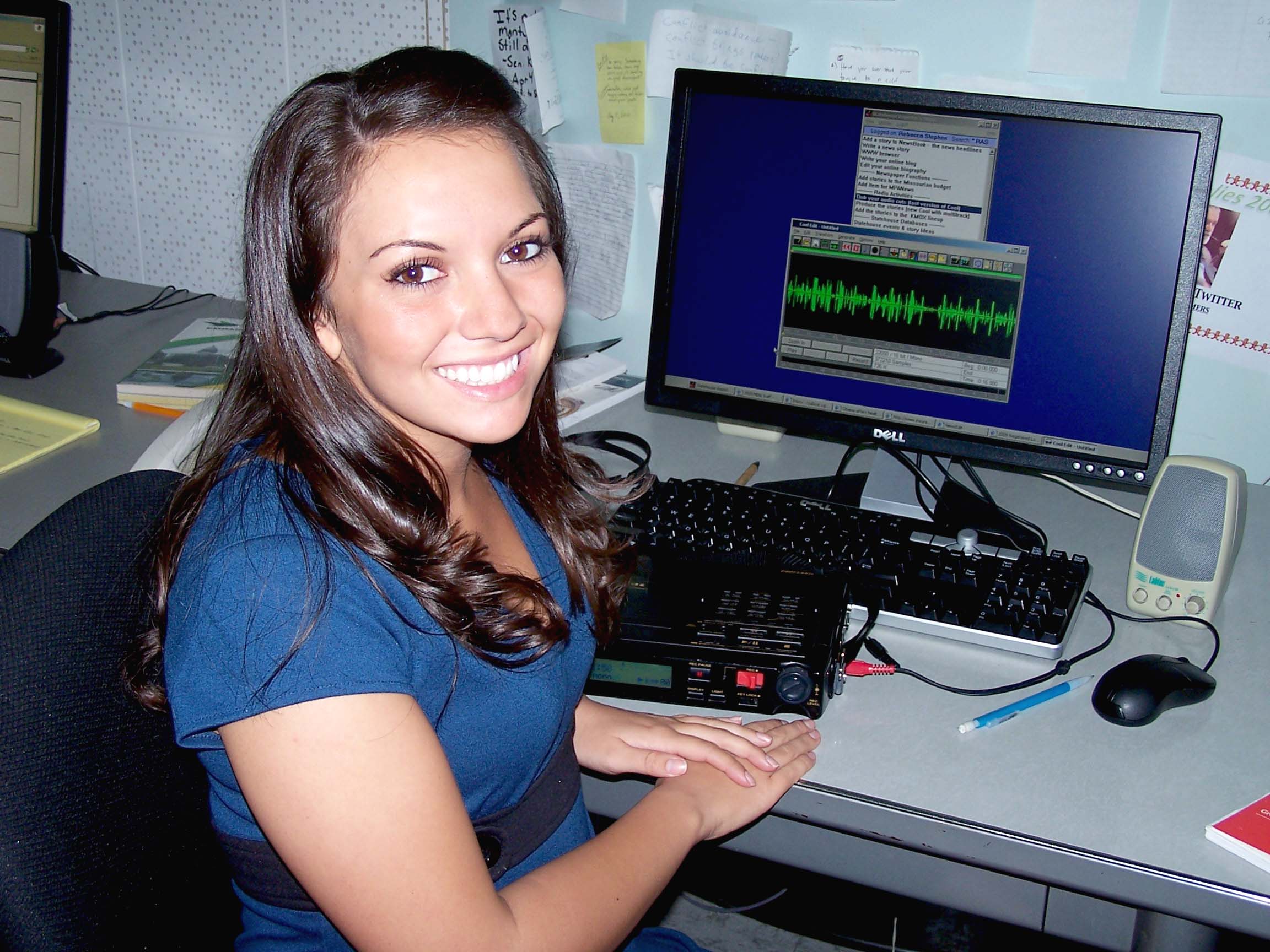 Rebecca Stephen is a Junior at the University of Missouri studying Agricultural Journalism with an emphasis in broadcasting.

Posted 12/15/2009:  Today is my last day at the Capitol for the semester. I am really excited about coming back next year while the legislature is in session.  I think there are going to be some interesting items on the agenda for next session, and I am looking forward to reporting on them. One bill that I think will create interesting debate is the Health Care Freedom Act.  If this bill is passed it would allow Missourians to vote on whether or not the state participates in federal health care reform. Thus far, several Missouri Republicans in the Senate are in support of the bill, and Democrats want to wait to see what the federal government comes up with first.

This Tuesday was prefile day, and everyone in the newsroom was excited to see what bill to look forward to this coming session. I found it interesting that text messaging while driving is coming up again so quickly. The sponsors of the bills want to ban text messaging while driving regardless of age.  I found a comment that Representative Kuessner made very interesting.  He said some of his interns can text without looking at their phones, and he could never do that. He then made the point that right now our most capable age group is banned from texting while driving.

H1N1...Maybe
Posted 11/05/2009:  I have not been at the Capitol for the past week because I have been sick. Lately it seems like every time a person is sick they assume that they must have caught the dreaded H1N1 virus, but I have no clue about what my illness is.  I have tried going to the University of Missouri's student health department, but they aren't accepting very many appointments because of the large number of people with the flu.  So I had to settle with getting medical advice over the phone from a nurse... twice. Each time I talk to someone they have a different opinion of what is wrong with me, but I did receive an email to forward to my professors saying that I had H1N1. (I decided that this excuse letter isn't at all hard to get, and they are just handing them out to anyone who says they are sick.)  So, I don't know if I had H1N1, seasonal flu, a cold or any other illness.  If it were H1N1, it wasn't near as bad as I thought it would be.
Irony
Posted 10/22/2009:  The Kansas City Star released a story last weekend connecting Missouri Republicans to a pay-for-play scheme. Today, I did some research on the story and tried to find out some Republican's opinions (not so successful). But one of the people mentioned in the story and I researched was Representative Steven Tilley.  The Star linked Representative Tilley to the pay-for-play scheme on more than one occasion.  I discovered that Representative Tilley is Chairman of the Ethics Committee. I found that rather ironic.
Working at the Capitol
Posted 09/17/2009:  I have just started working at the Capitol for Missouri Digital News, and I am super excited. The first day I came to work in the newsroom I was thrown straight into action.  I was sent to cover an event where Governor Jay Nixon was speaking. It was my first day. I had no idea what I was doing, but it all somehow worked out. YAY! Ever since then I have been slowly learning the ins and outs of being a broadcast reporter.