JEFFERSON CITY - The differences between Missouri House of Representatives and Senate have finally brought the major economic development bill lawmakers were assigned to pass and the special session to an end.

The tax credit reform that Gov. Jay Nixon said was "essential" to the state didn't pass, even though legislators said the bill was a sure thing to pass in July. Mayer said the biggest stake into the heart of the bill was the "irreconcilable" differences between the Republican-controlled House and Senate.

"The crux of the problem or the issue is sunsets and seven-year sunsets," Mayer said after adjourning the Senate.

The House did not want termination dates on tax credits because representatives thought they gave the Senate too much power. The Senate said there was no chance of a bill passing without those sunsets.

The proposed bill would have reduced Missouri's existing tax credits, but would have added tax incentives for a China Hub at Lambert-St. Louis International Airport, amateur sports events, computer data centers and other businesses.

Mayer said Missouri lawmakers will take another look at those issues during the regular session, which starts in January. Although the House still has a technical session scheduled and hasn't permanently adjourned yet, it couldn't pass the bill even if it wanted to because the Senate has physical custody of the bill.

The only two bills that passed both the House and Senate during the special session were the Missouri Science and Innovation Reinvestment Act, or MOSIRA, which is designed to bring more jobs and funding to high-tech Missouri companies, and the "Facebook-fix," which modified the law about student-teacher online communications.

Nixon signed both of those bills into law last week. 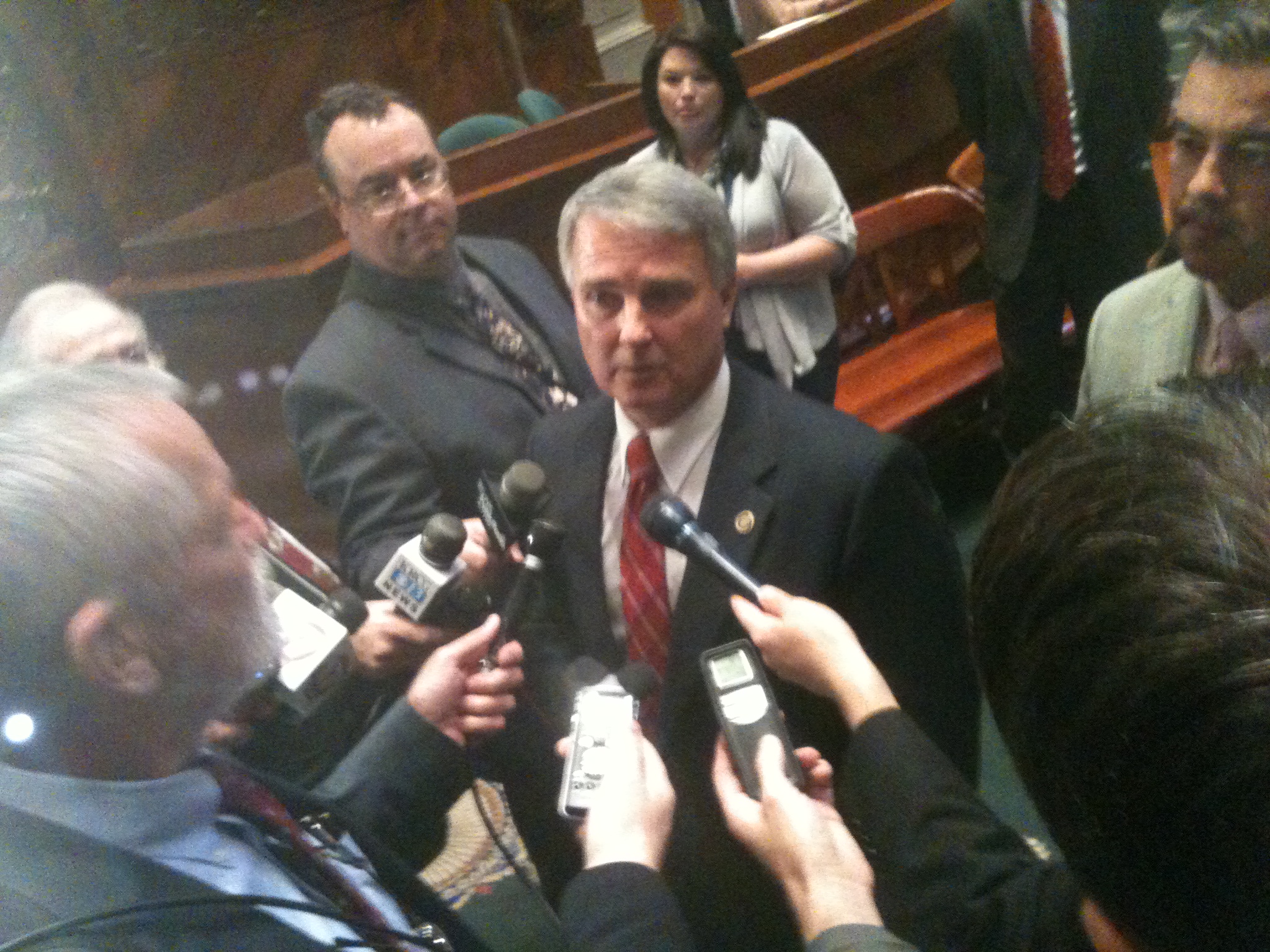 Senate President Pro Tem Rob Mayer fields questions from the press after the Senate adjourned for the last time during the special session.