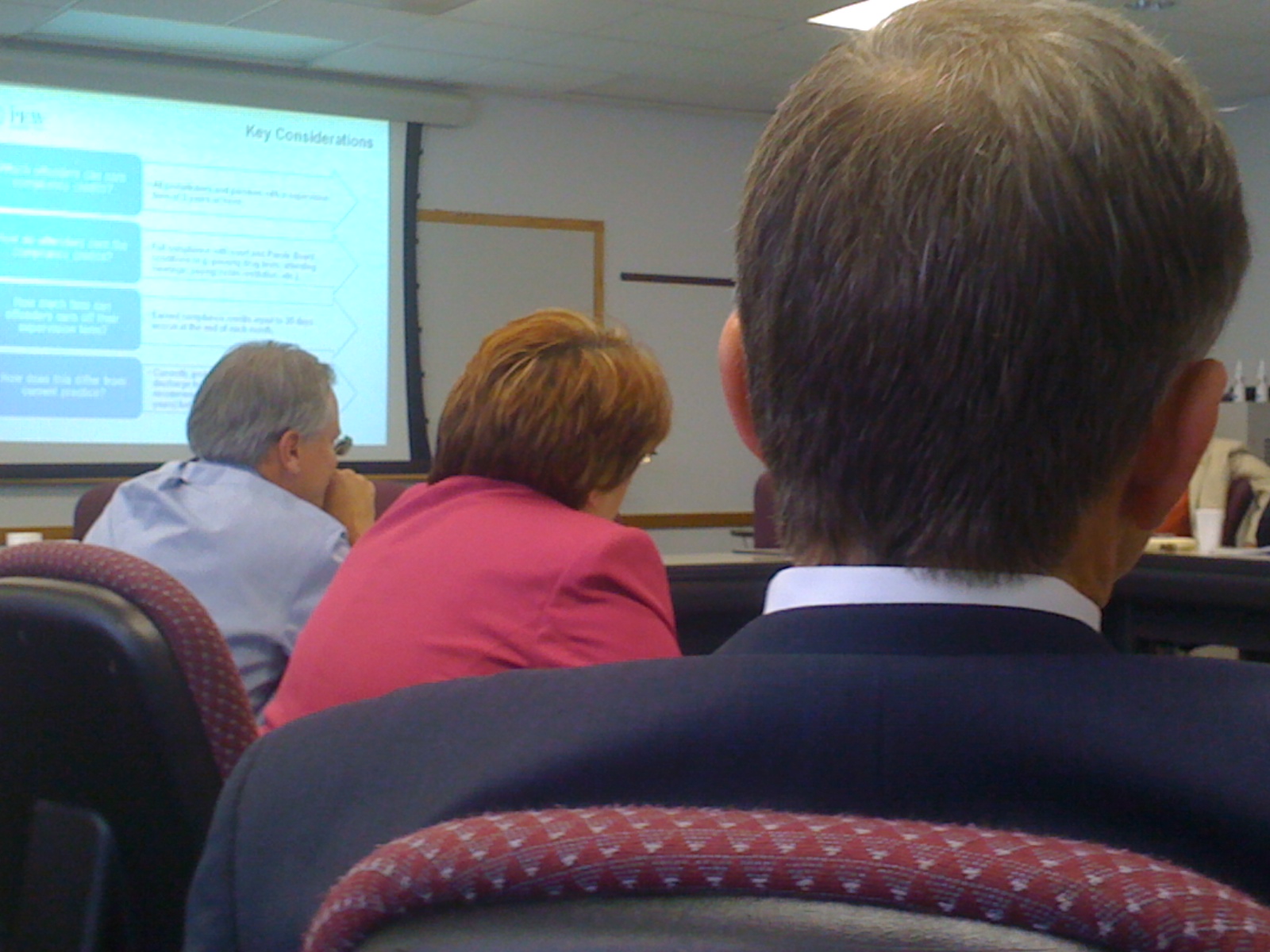 JEFFERSON CITY - A Legislative panel talked about being softer on some criminals in an effort that they say could reduce crime and tax payer spending dollars.

Legislators cited information showing Missouri's prison population grew rapidly from 1990 to 2000. During the last five years prison populations have slowed to a growth of one percent annually, though spending is up 30 percent from 2000.

The joint committee of lawmakers focused on options for ending the cycle of repeat offenders.

Representative and Co-Chair Chris Kelly says, "I think we can improve our systems by quite a bit." The group discussed a probation alternative which would give 30 days off of probation for every 30 days of compliance to probation.

Members of the panel also cited information that showed the most important part of a probation is in the first two years.

Currently, Missouri's maximum probation sentence is five years, which is longer than most states. The "30-30" system would bring compliant probationers' sentences down to two and a half years.

The committee thinks this would be a positive change in legislation and create tangible goals for probationers - who, according to the panel, think in the short term.

Kelly says the question at hand is if there are better ways to deal with probation and parole violations instead of sending people back into prison.

He says the committee will draft a bill in November and introduce the new legislation in January of 2012.