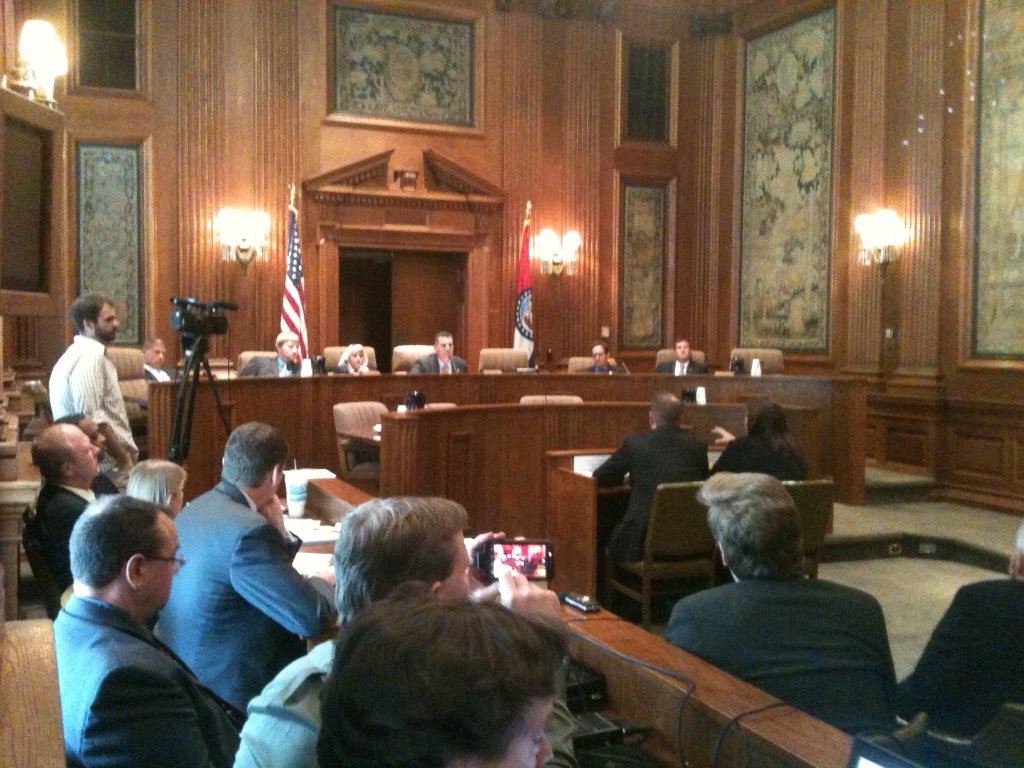 JEFFERSON CITY - A member of the state Department of Economic Development signed off on tax-exempt bonds funding the failed Mamtek facility, the department official told the Committee on Governmental Accountability on Tuesday.

The committee's meeting continued its investigation into Missouri government's role in the deal with China-based company Mamtek and other economic development projects.

Missouri senators questioned Gov. Jay Nixon's economic development department officials on why it put its stamp of approval on tax-exempt bonds funding the Mamtek project, which sapped funds from the city of Moberly's reserve fund when Mamtek defaulted on its bond payment and backed out of the deal.

The committee heard testimonies to figure out if and when the visas for Chinese investors, also called EB-5 visas, and tax-exempt bonds that were offered by Mamtek can be used effectively for funding economic development projects.

Sen. Kurt Schaefer, R-Columbia, asked Sallie Hemenway and Chris Pieper from the Department of Economic Development what they did to ensure due diligence before giving Mamtek tax-exempt bonds. They said they would supply that information with other requested documents in the near future.

"As we get the documentation that we requested from the department that we would see some level of confirmation that was done. And I think based on today, we're not really sure until we see those documents," Schaefer said.

The Department of Economic Development puts a stamp of approval on tax-exempt bonds, and Hemenway said she was the one who signed off on the status for use to fund the failed Mamtek project in Moberly.

The two witnesses said they originally gave the tax-exempt status to Mamtek based mostly on a readiness to close on the deal, although they also considered the potential for job creation and investment.

"We'll keep in mind the scope of the hearing today was very, very narrow; it was really just on the bonding issue," Schaefer told Missouri Digital News. "I'll leave that to you to decide whether they fully answered the question on at least, the level of due diligence that was done prior to the issuance of the bonds."

Schaefer said he is concerned that if they're defaulted on, tax-exempt bonds could create heightened scrutiny on municipal bonds coming out of Missouri in the future. He said he has talked to professionals who would argue that the default has already lowered Missouri's bond rating.

"The Canadians came up with a program whereby those fearful of that transition in Hong Kong could relocate, could invest in Canada, and could get landed immigrant status, which is equivalent to our lawful permanent residence or green card ... it took off," McNary said.

Schaefer said: "I think it's interesting as Mr. McNary said, that EB-5 visas have been around a while, but you'd be hard-pressed to find anyone who knows anything about them. I think that was very informative."

Committee members said they will continue to investigate and make sure that Missouri has the safeguards to make sure decisions made locally won't negatively affect the whole state.