Gov. Nixon defends his decisions in Ferguson once again during press conference 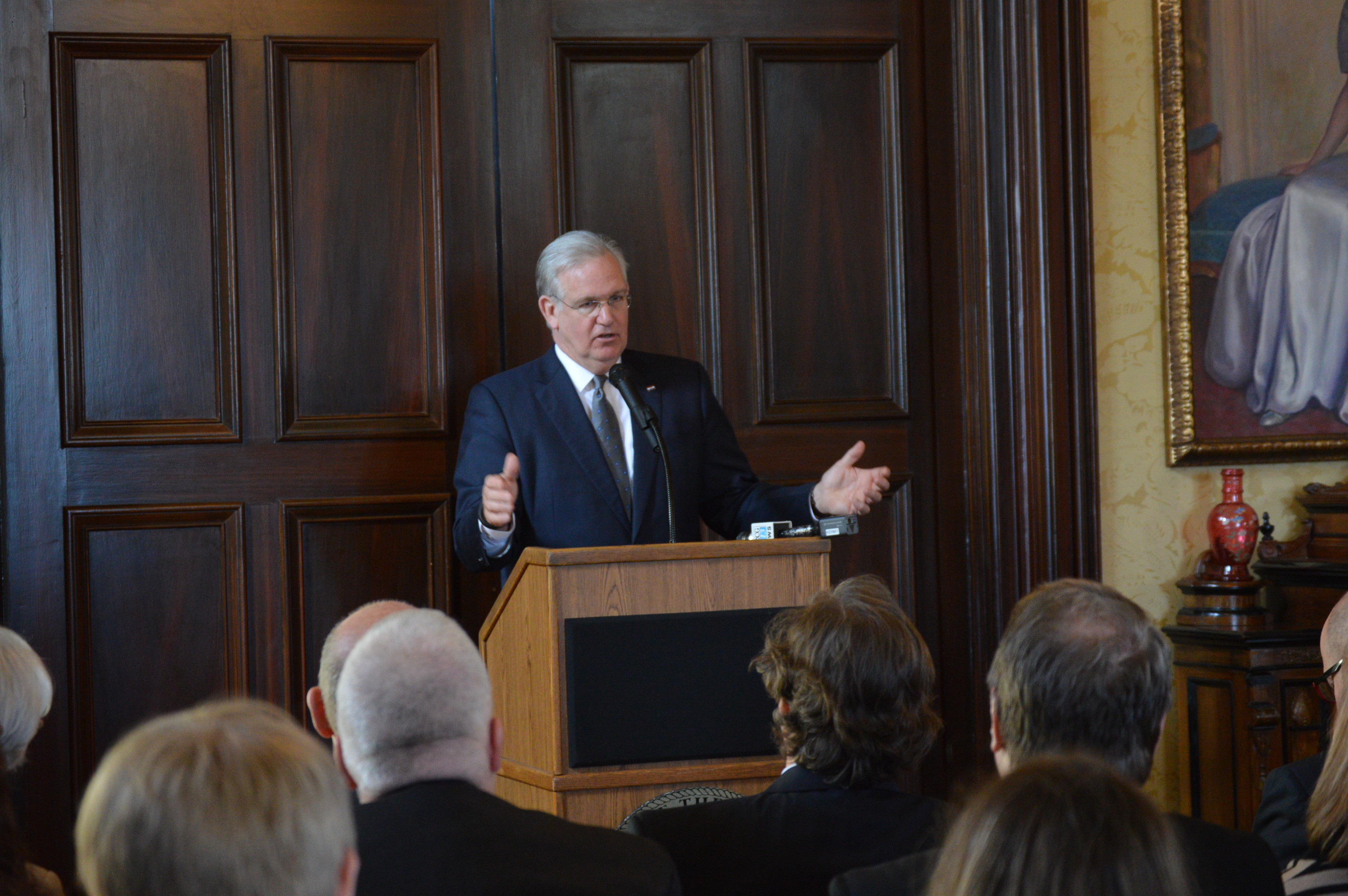 JEFFERSON CITY - For the second day in a row, Gov. Jay Nixon defended his decisions during the Ferguson riots.

Nixon held a press conference and lunch at the governor's mansion, attended by over 100 members of the media from across the state. Following his speech, the governor was grilled with questions about Ferguson.

Nixon expressed disappointment about the burning of businesses in Ferguson, but praised police for how they handled the situation. When asked if he could change any of the events that unfolded during the Ferguson riots, Nixon said he thought law enforcement did a great job of protecting speech and ensuring safety.

"I think when people look back on this, they will appreciate that we showed an incredible amount of discipline," said Nixon.

Nixon also spoke about the use of body cameras by law enforcement, citing that incarceration rates would likely rise due to the increase in the amount of available evidence.

The governor addressed a number of statewide issues affecting Missouri. Among these issues was early childhood education.

Another issue of importance was mental health throughout the state.

"The legislature followed to a tee my recommendation to invest more than $10 million to address [mental health]," said the governor. "And today we're already seeing some amazing results."

Gov. Nixon spoke about the building of the new Fulton State Mental Hospital that will replace the old one, built in 1851.

The governor also spoke about Medicaid expansion in the state.

"Our entire health system remains under tremendous strain as a result of Missouri's failure to bring our tax dollars home and strengthen and reform Medicaid," said the governor. "Hospitals and clinics have closed, thousands of health care workers have been laid off."

In addition, Nixon said he does not support what is being called the "Right to Work" measure that passed through the House Thursday. He did not say directly if he would veto the bill if it arrived on his desk.