JEFFERSON CITY - The first sponsor of a gun safety measure in the 2013 Missouri legislative session said the public is being confused about what he is intending to do. 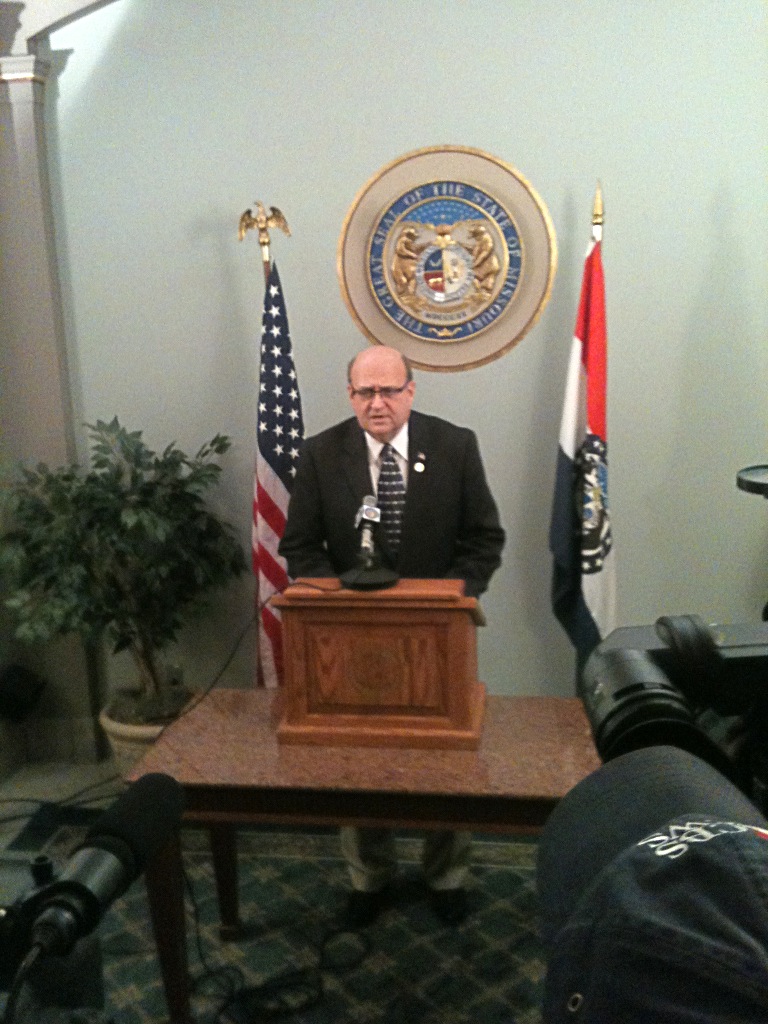 The bill would place the training program in all Missouri public and charter schools. The goal of the program is to enable school employees to respond to dangerous situations such as an armed intruder and requires eight hours of initial training as well as four hours of continuing training. School faculty would also be required to participate in annual intruder response drills.

Rep. Stacey Newman, D-St. Louis, doubts that any person could prevent fatalities when confronted by a shooter.

"If someone comes in my door right here with a semiautomatic weapon that can fire many rounds a minute, there's nothing I can do. There's nothing we can do," Newman said.

Brown said the term "gun safety" has caused confusion, leaving some worried that students would be taught how to handle a gun.

"I want to stress that this bill has nothing to do with teaching kids how to shoot or gun safety. It's a gun safe program," Brown said.

Brown said the difference between these terms is nuanced but essential. Students would be taught who to tell should they come across a firearm, rather than how to handle it.

Brown said that schools bear a responsibility for their students' safety, and that the bill is a necessary step. In addition to the training program, the bill would also force schools to teach the NRA's Eddie Eagle GunSafe Program to first grade students. The program employs an animated video reminiscent of a childrens television show. It's tagline: "If you see a gun, STOP! Don't touch. Leave the area. Tell an adult."

"We teach citizenship, we teach social skills. I think we need to teach children what to do if they see a firearm," Brown said.

Brown cited his five grandchildren who attend public schools, as well as two family members that teach at public schools, as one of the reasons why he felt the bill was necessary. However, Newman questioned his motives due to his ties with the NRA.

"It's to increase gun sales," Newman said. "If you're going to teach...young people in grade schools about firearms, you're encouraging them to use them, to have their parents purchase them."

Newman, who has been involved with the White House gun control initiative and recently hosted a forum with medical and law enforcement professionals, believes that Brown's measure will do little if anything to curb gun violence and accidents. Newman said experts at the forum said that in order to keep children safe from guns, they have to be taken out of the house.

"We've had law enforcement who have children who have found their weapons in their home, and of course training is all there. Training doesn't do a whole lot when your child's been shot," Newman said. "The advice of the professionals...(is) that weapon in your home is going to increase your chances of fatality."

Brown's bill is not the only one that has something to add to the nation's conversation on guns. Some House and Senate Republicans have sponsored measures that would nullify proposed federal gun regulations by making it a crime to enforce them.  A bill in the House would also exempt firearms that are made and remain in Missouri from these same regulations. Other bills, sponsored mostly by Democrats, would enforce gun safety measures, such as making it a crime to fail to lock up a firearm that is not in use.