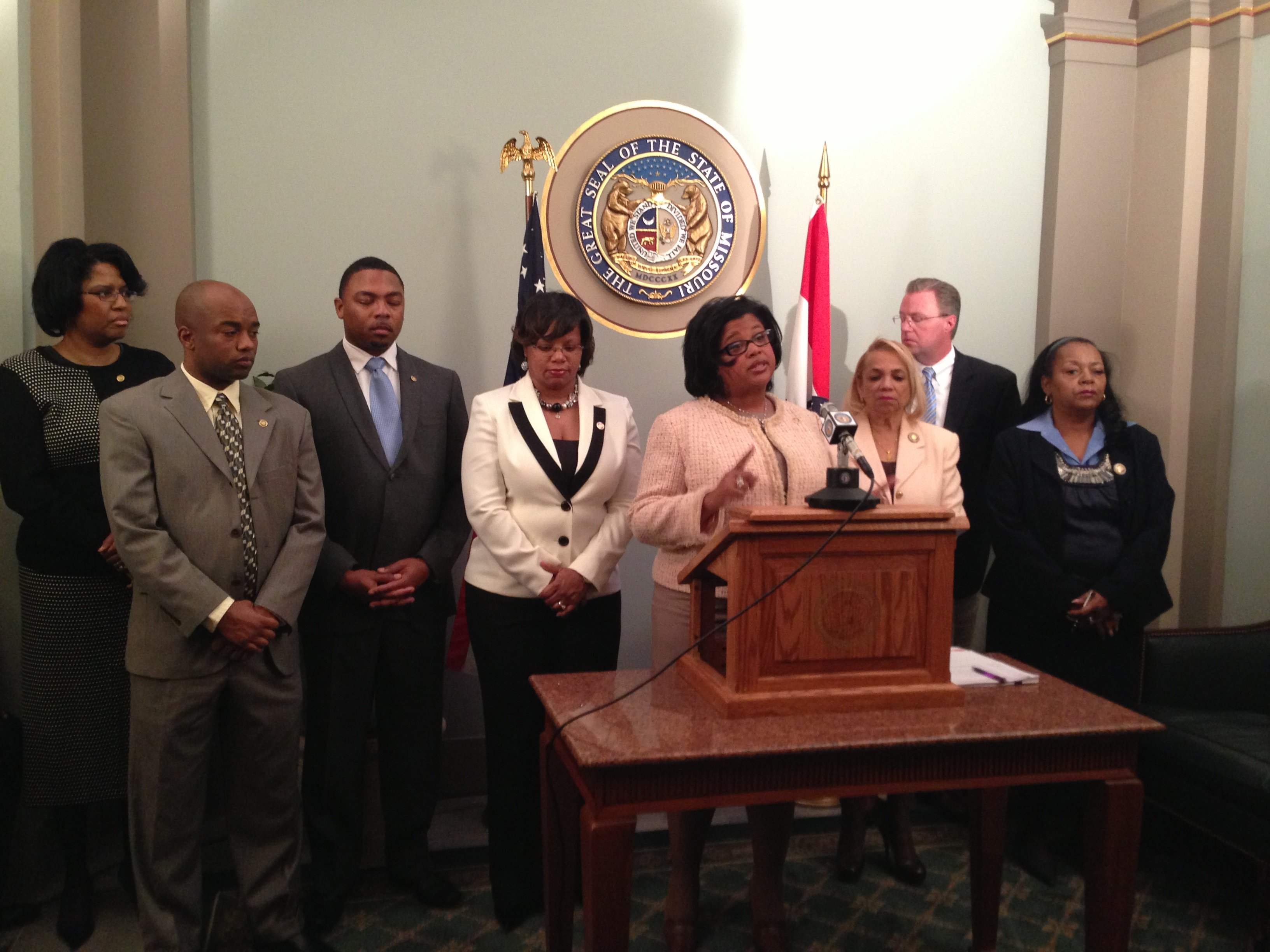 Sen. Maria Chappelle-Nadal, D-University City, has proposed a bill that would create an offense for failing to prevent an illegal firearm possession or for the failure to safely store a firearm. The bill also would require a parent or guardian with a child enrolled in a school to notify the school district -- or the governing body of a private or charter school -- that the parent or guardian owns a firearm.

"This bill is very important to me because in urban cities across the nation, we experience gun violence every single day and usually our type of gun violence deals with people who live in high poverty areas, areas where there aren't enough resources," Chappelle-Nadal said.

Under the bill, an offense would be a Class A misdemeanor unless death or injury results, making the offense a Class D felony.

The offense would be committed if a parent or guardian fails to report the possession of a firearm by a child under the age of 18 or if a parent recklessly stores a firearm allowing the child to acquire it, by not storing it in a secure locked location.

Sen. Brian Munzlinger R-Williamstown, who proposed a bill last week that would declare certain federal firearm laws unenforceable, said he believes Chappelle-Nadal's bill is a step above and beyond what would make anyone safer.

"Law abiding citizens have their constitutional rights to own firearms," Munzlinger said.

Chappelle-Nadal said as a member of the University City School Board, one of her biggest fears is a student bringing a gun to school.

As a result, her bill would require parents or guardians to notify a school district that they own a firearm within 30 days of enrolling their child in school or becoming the owner of a firearm. The proposal would also require proper storage of the firearm.

The bill was proposed in the wake of recent gun violence events, but Chappelle-Nadal said random acts of gun violence in the St. Louis area have "become a disturbing fact of life."

"Since August of last year, there have been more than a dozen incidents involving teenagers and guns in just the 14th Senate District alone," she said in a written statement. "In most cases, the guns have been stolen from an unsecured place in the home and then used in robberies, car-jackings and even murder."

Chappelle-Nadal said gun violence in urban cities is not being discussed in the national discourse and gun violence should be addressed on a local level as well as a federal level. She said some parents know their children are in gangs and do nothing about it. She said these people have to be accountable to the law.

Munzlinger said he believes her bill violates the Second Amendment.

"I think there's some violations there as far as there is not supposed to be any registration type," he said. "It looks like, when she is trying to give notice to schools who owns firearms, that I think would be one of the violations that I would see in her bill."

Chappell-Nadal said her bill is not intended to take guns away, but to improve gun safety.

"I fully support the Second Amendment, but I don't think the Second Amendment says that it's okay for a 12-year-old to kill another 12-year-old because grandpa left his gun out," she said. "This bill is not about taking your guns away at all. I fully support young children in rural areas and otherwise going out with their parents and other family members to learn how to hunt. I think that's a great skill set to have, but that is not what I am trying to attack. I am trying to attack kids who are committing crimes and taking guns to the streets and killing other people."

Munzlinger, however, believes programs such as the NRA's Eddie Eagle Program should be instituted in schools.

The Eddie Eagle Program is a gun accident prevention program, created by the NRA, to teach children in pre-kindergarten through the third grade actions they should take should they encounter a firearm in an unsupervised situation.

"That would teach children, and even some adults how to be safe around firearms," Munzlinger said. "I think that's really what we need is to allow those legal law abiding citizens to still have their firearms easily accessible if they need them but yet we need to teach everybody how to be safe around those firearms."