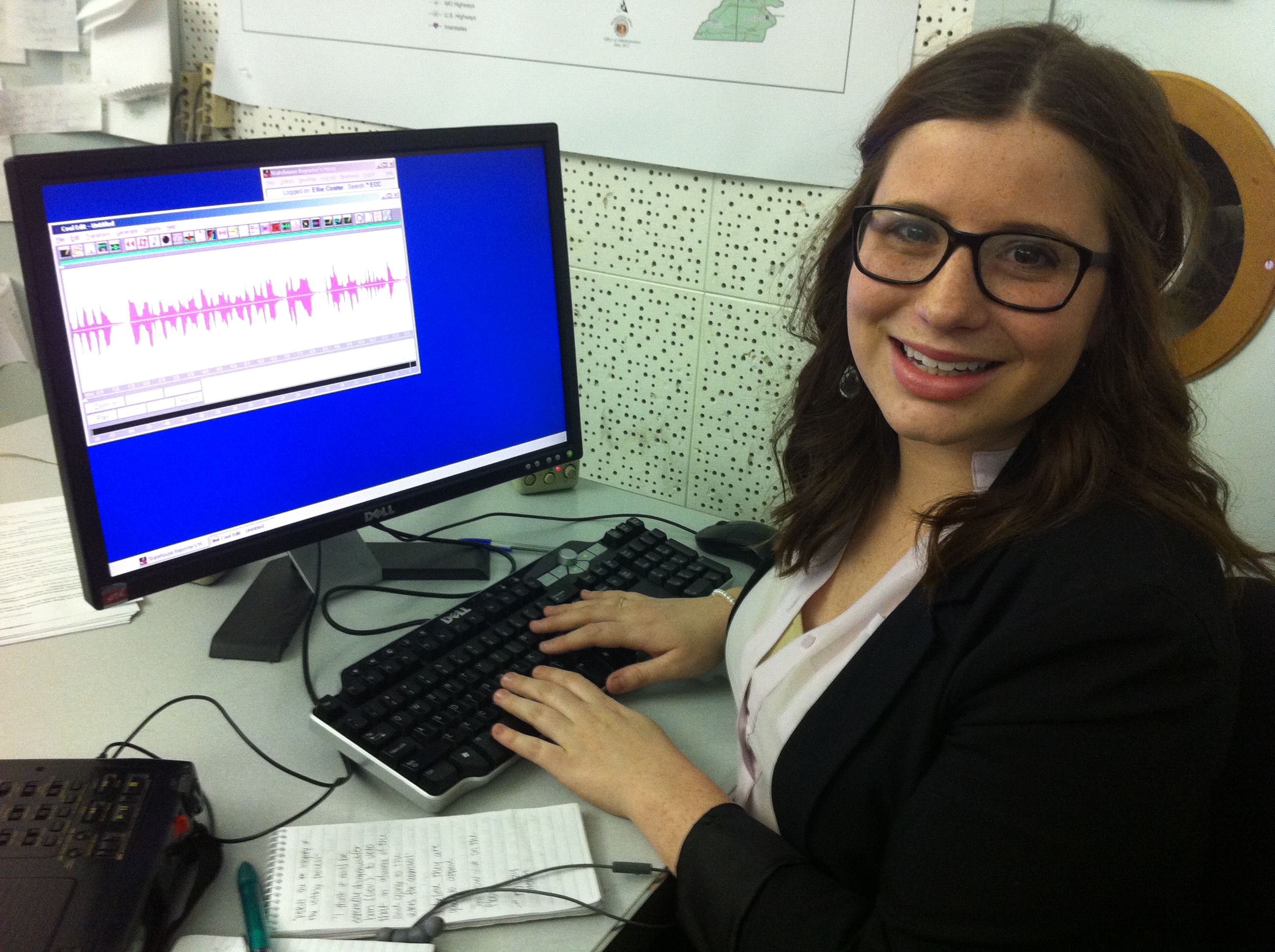 Ellie Coatar is a senior at the University of Missouri studying Radio/Television Production and Political Science. Her previous journalistic experience consists of reporting and producing at KOMU-8 News, the Columbia, Mo. NBC affiliate and an internship at KTVI Fox 2 in St. Louis, Mo. Ellie worked as a production intern for the 9 a.m. morning show with Tim Ezell. This is her third semester at Missouri Digital News. Ellie hopes to pursue a career in television after graduation.

Ellie stays involved at MU by working as a Campus Tour Guide for the Office of Visitor Relations and serving as a steering committee member for the philanthropic organization Rockin' Against Multiple Sclerosis.

Posted 03/01/2013:  It’s been a whirlwind during my first few weeks at MDN, and even though it has sometimes been a labor of love, I have thoroughly enjoyed my time so far.

I was so nervous on my first day. When you enter the Capitol, where everyone is dressed in suits and appears so official, its hard not to feel out of place. I felt like I was in over my head, totally unprepared to do anything at all. I’ve written and covered stories for the J-school before, but this was real life! I felt like the story I was covering was actually real, something that would affect Missourians. Everything I’d done thus far was just fluff.

Not to mention my first story covered Medicaid, a pretty complicated issue. But, although I struggled a bit, everyone at MDN was and is so helpful. That’s something I was not prepared for. I expected the TA’s to help us, but the more experienced reporters are always willing to lend a hand as well. It is a wonderful working environment, and no one ever makes me feel like less of a journalists because I don’t have as much experience. Because Phill expects a lot of his reporters, it makes me work harder. I don’t want to disappoint him or the TA’s, but I mostly don’t want to disappoint myself.

I’ve learned to not be embarrassed or afraid around people that are probably much more qualified and grown up than I am. I have to tell myself that I deserve to be here just as much as any of the other members of the press, even though that’s probably not true. But it gives me the ability to approach legislators, something that I find to be very intimidating.

Everyday gets a little bit easier. Everyday I can work a little quicker. Everyday I get more of a firm grasp on the issue that I’m covering. I can’t wait to continue to grow at MDN. What a wonderful opportunity.