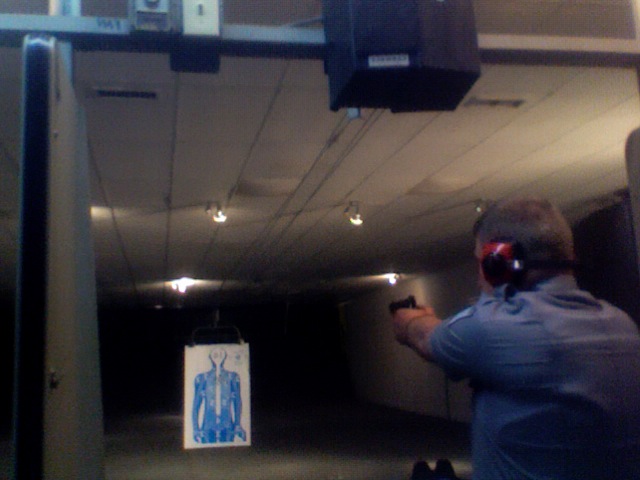 That was Kevin Jamison, President of the Missouri Sport Shooting Association.

A killing spree in front of a Tucson grocery store more than two months ago left six people dead and thirteen wounded, including Congresswoman Gabrielle Giffords.

Some states are considering a ban on high-capacity ammunition. But amoung more than fifteen hundred bills filed this year, not a single one has been filed in Missouri about restricting ammunition as of the end of March.

Communications Director for the Coalition to Stop Gun Violence Ladd Everitt says restrictions on magazine size could have saved lives in Tucson.

Roberts says most people don't need high-capacity ammunition, but that doesn't mean it should be outlawed.

Everitt says there is no need for the average person to have access to this type of ammunition.

Andy Pelosi with the States United to Prevent Gun Violence says reforms are necessary after what happened in Tucson.

However, Jamison says if large-capacity magazines are useful for killers, they're useful for people in self-defense.

He says a ban on high capacity magazines would violate the second amendment.

Jamison says a ban wouldn't prevent criminals from getting high capacity ammunition but would limit law abiding citizen's ability to defend themselves.

He says no amount of legislation can eliminate mass shootings.

Meanwhile, the Missouri legislature is considering bills that would put more guns in the hands of Missourians.

The House passed a package of six pro-gun bills, including a measure lowering the minimum age to carry a concealed weapon from 23 to 21.

If passed, this bill would be the first change to Missouri's concealed carry law since the state began issuing permits six years ago.

Roberts says lowering the age requirement is a good idea.

He says Missouri currently has one of the highest age requirements in the country.

Robert also says this is driving Missourians to seek permits in other states where the requirements are more lax.

The Missouri Revenue Department says there are more than one hundred and twenty thousand people with Missouri concealed carry permits.

Since Missouri recognizes the concealed carry permits from every state that issues them, there is no way of knowing exactly how many people are carrying concealed weapons in the state.

But not everyone in the Missouri legislature is happy with this movement to expand Second Amendment rights.

While not everyone can agree on high-capacity ammunition and concealed carry laws, both sides of the argument say better background checks would keep more guns out of the hands of criminals.

Roberts says mental health reporting is an issue when it comes to background checks.