JEFFERSON CITY - Jefferson City police said they will not know the official cause of Spence Jackson's death until an autopsy is complete, but told reporters during a press conference it was most likely a suicide.

Police found Jackson in his apartment the night of March 29 after receiving a call from his mother. She had been trying to get in touch with her son throughout the weekend and was worried after not hearing from him. Jefferson City Police Captain Doug Shoemaker told reporters they found a note in his apartments but would not reveal the content of the note due to the ongoing investigation.

Shoemaker said the department "fully understood" the political implications surrounding Jackson's death, but said there was no connection between Jackson's death and the death of his former boss, late State Auditor Tom Schweich.

"We are very aware of the political issues that are alleged with Mr. Schweich's death, but our agency won't comment or really entertain questions that might link Mr. Jackson to any type of political issue, whether it's perceived or real," Shoemaker said.

Shoemaker said investigators found a .357 magnum revolver in Jackson's apartment which had one shot spent. He also told reporters investigators had taken, "a number of items of evidentiary value from [Jackson's] residence," when asked if items like Jackson's electronic devices and work computer were labeled as evidence.

Shoemaker said the department released the information when they did in order to give Jackson's family an appropriate amount of time to grieve and contact loved ones. He also said the public should be 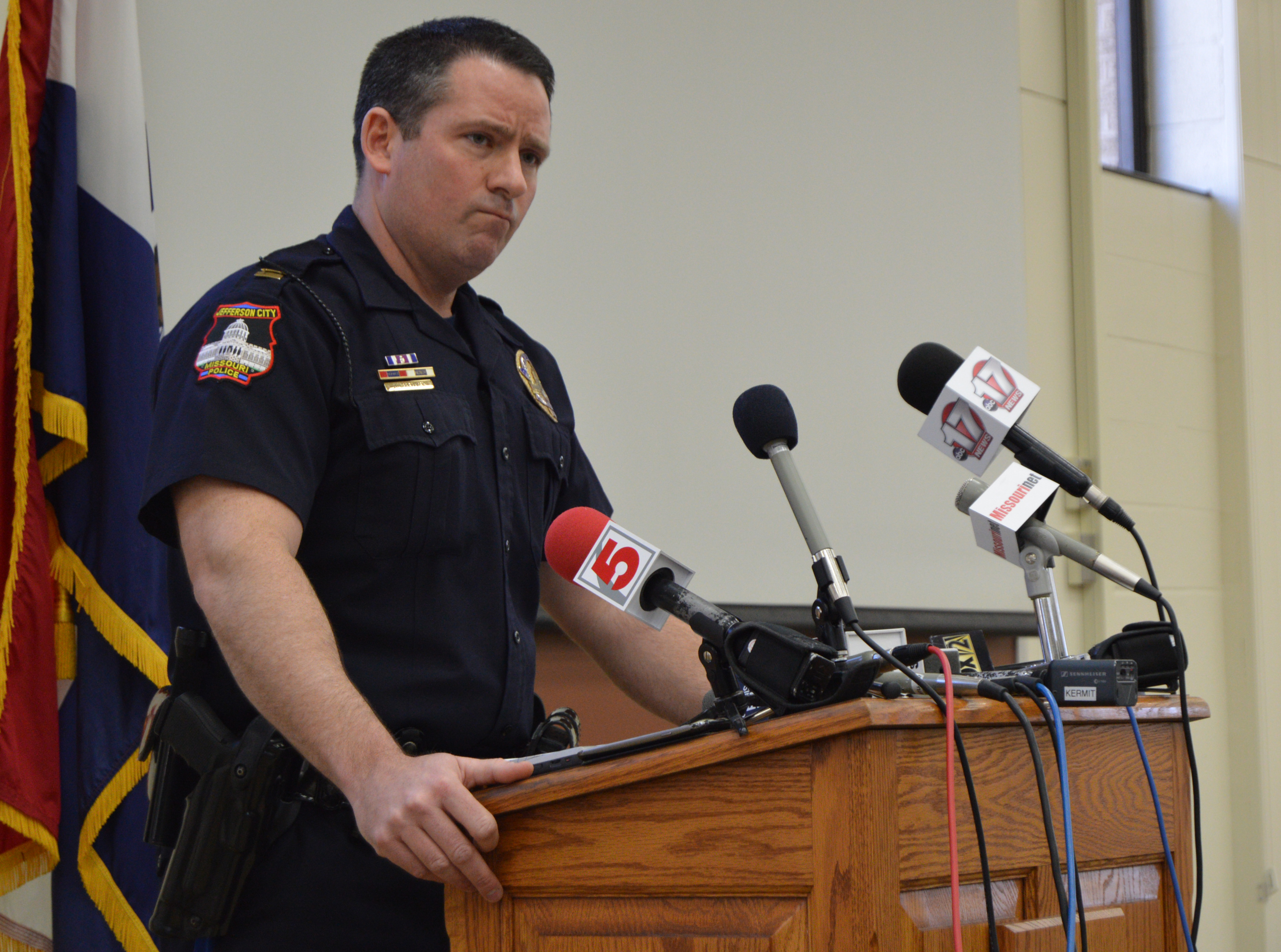 weary of what they see circulating online.

"I would caution the public to be very careful about what they read on social media," Shoemaker said. "Everything is sometimes speculation and commentaries can be particularly dangerous."

"Mr. Jackson was a respected spokesman for the Auditor’s office and long-time servant in state government," Watson wrote. "The work of the Missouri Auditor’s office will continue in this difficult time, but no doubt it will be with heavy heart."

Employees in the auditor's office would not answer any questions regarding Jackson's death or moving forward. They told reporters to consult the office's press release.

"Spence was a gifted communicator who dedicated his talents in public affairs to public service," Blunt wrote. "Spence was hard-working, well-liked and quick-witted. He will truly be missed."