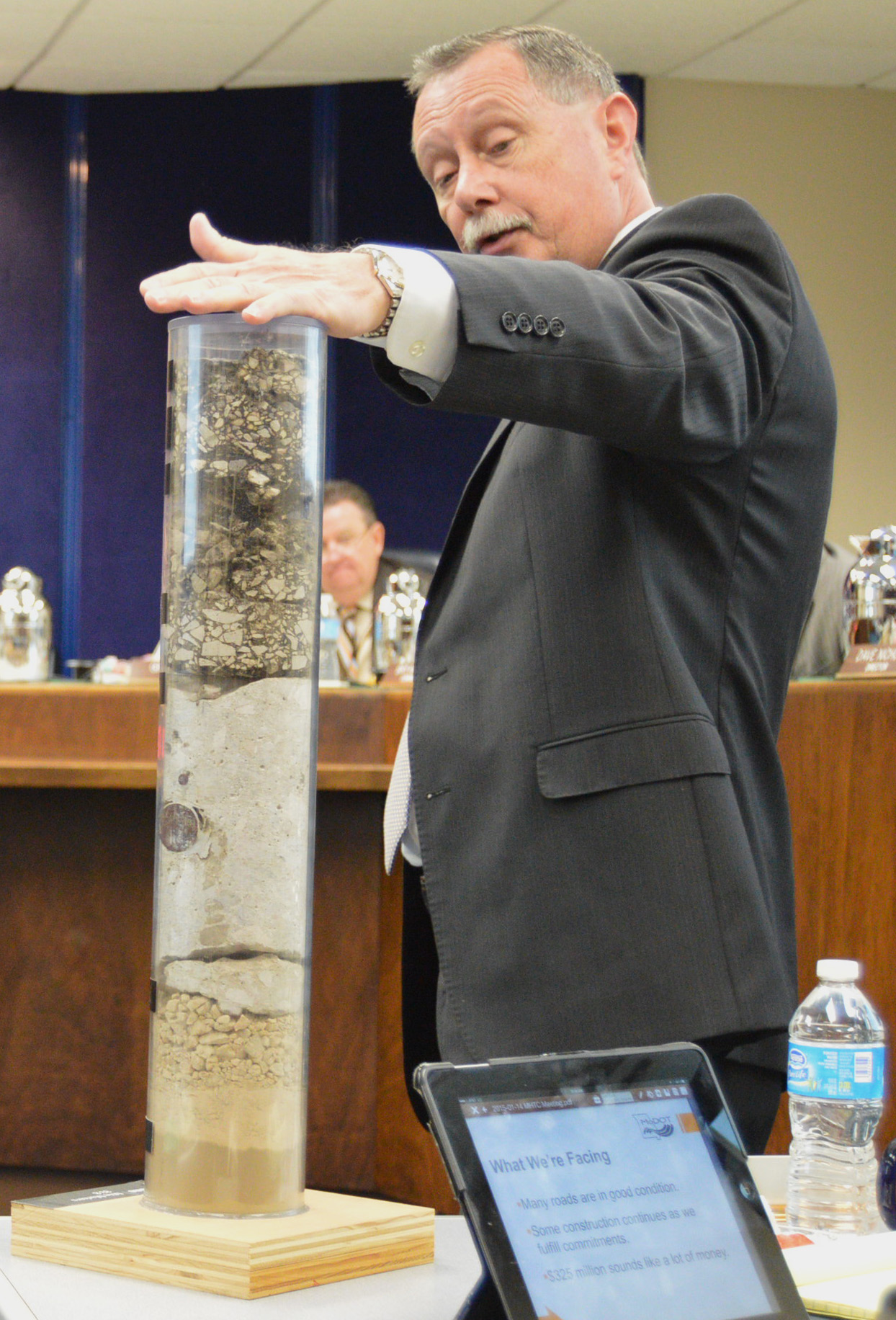 MoDOT Director Dave Nichols shows committee members a segment of I-70 to illustrate the deterioration that will occur overtime due to budget cuts. 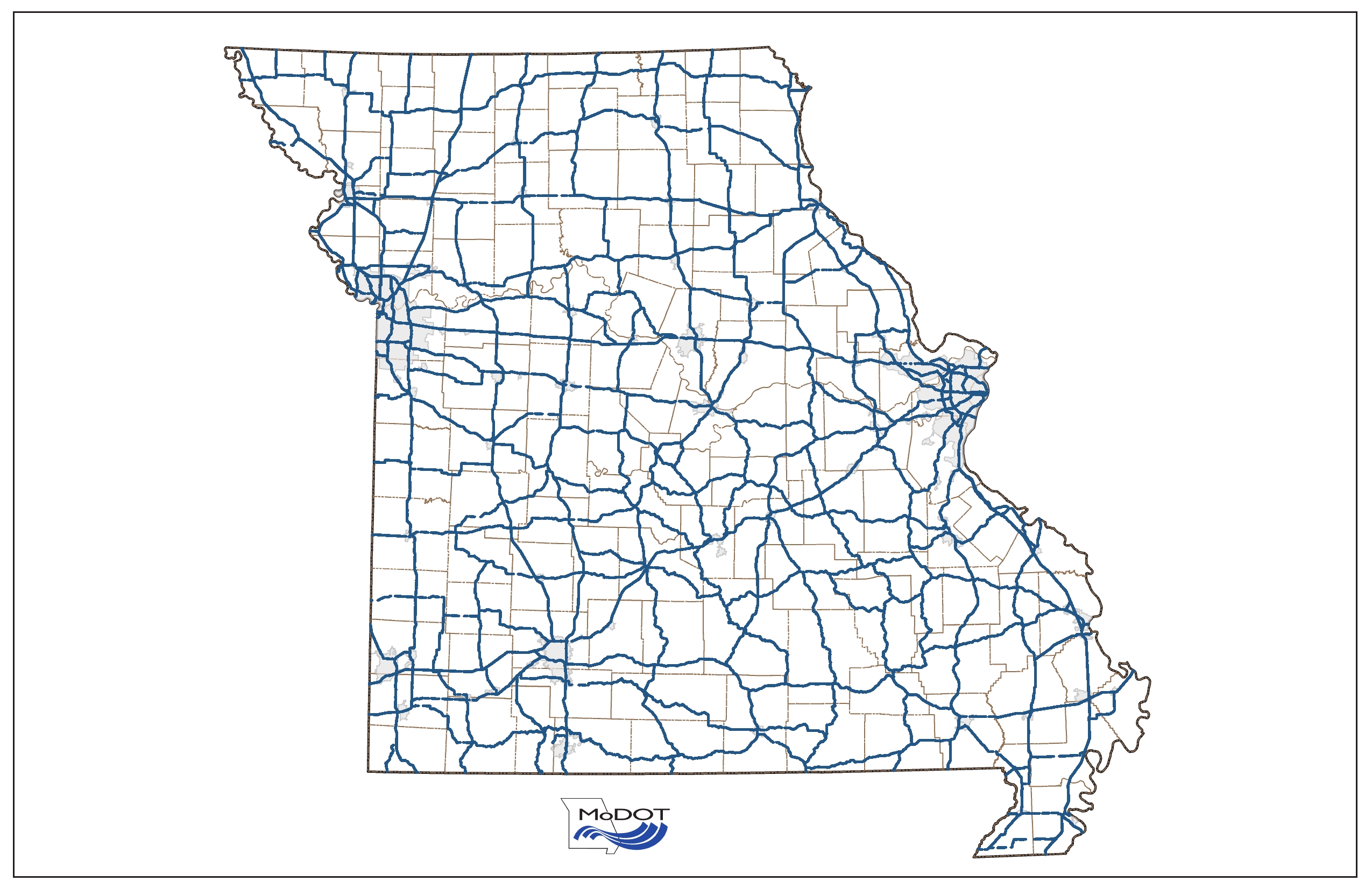 Both MoDOT officials and members of the Department of Transportation said fewer funds will contribute to crumbling roadways and bridges statewide.

"Ultimately, roads and bridges are going to continue to deteriorate with the revenue we have now," MoDOT Director Dave Nichols said.

"[Primary roads] are all we can commit to with $325 million," Nichols said.

Some of the blue supplementary roadways include Lindbergh Boulevard and Olive Street in St. Louis, Bruce Watkins Drive and Blue Parkway in Kansas City and Missouri Boulevard in Jefferson City.

"We're attempting to spread, I call it the pain, but we will spread the fiscal responsibility throughout the state as equitably as we can," Missouri Transportation Committee Chairman Steven Miller said.

Bridges across the state will take a hit because of this plan. In 2014, 483 bridges were classified as being in poor or serious condition by the department. In 2024, that number is projected to increase by nearly 1,000 bridges.

"Those rural roads, they will begin to go back to what they originally were, over time, back to a gravel road," Miller said.

"One of the things that bothers me is there are a lot of well-traveled routes that are not on the primary plan, it's devastating," Kolkmeyer said.

The department cannot rely on national funds to pay for construction projects. MoDOT will soon be unable to use federal funds for these because it will not have enough money to match what it takes from the federal government. Instead, that money will be distributed to other states who can match the funds.

The majority of MoDOT's financial woes can be traced to the failure to pass Amendment 7 back in August. Had Amendment 7 passed, it would have raised sales taxes that the department could have used to fund these projects. More fuel-efficient vehicles have undercut gasoline tax revenues while maintenance and construction costs have risen. The legislature could raise the state's gas tax by two percent without voter approval, but, according to MoDOT, that would not solve all revenue issues.