JEFFERSON CITY - One of former Democratic Sen. Paul LeVota's interns who came forward with allegations that she was sexually harassed by the senator as an intern said the House Committee on Administration and Accounts was "definitely" out of touch when it came to their proposed intern sexual harassment policies.

"I don't think they reached out to any victims when proposing or when developing their proposals either," Taylor Hirth said in an interview.

Hirth called the expansion of mandatory reporters within the House, "unnecessary and, quite frankly, an invasion of privacy." She said she didn't have a concrete alternative to establishing a system of mandatory reporting, but suggested a process by which the victim's name was kept in secret.

Members of the committee asked Hirth for any suggestions she may have in how to improve the process for sexual assault victims. Jackson County Republican Rep. Mike Cierpiot asked Hirth for ideas while criticizing her former supervisor. 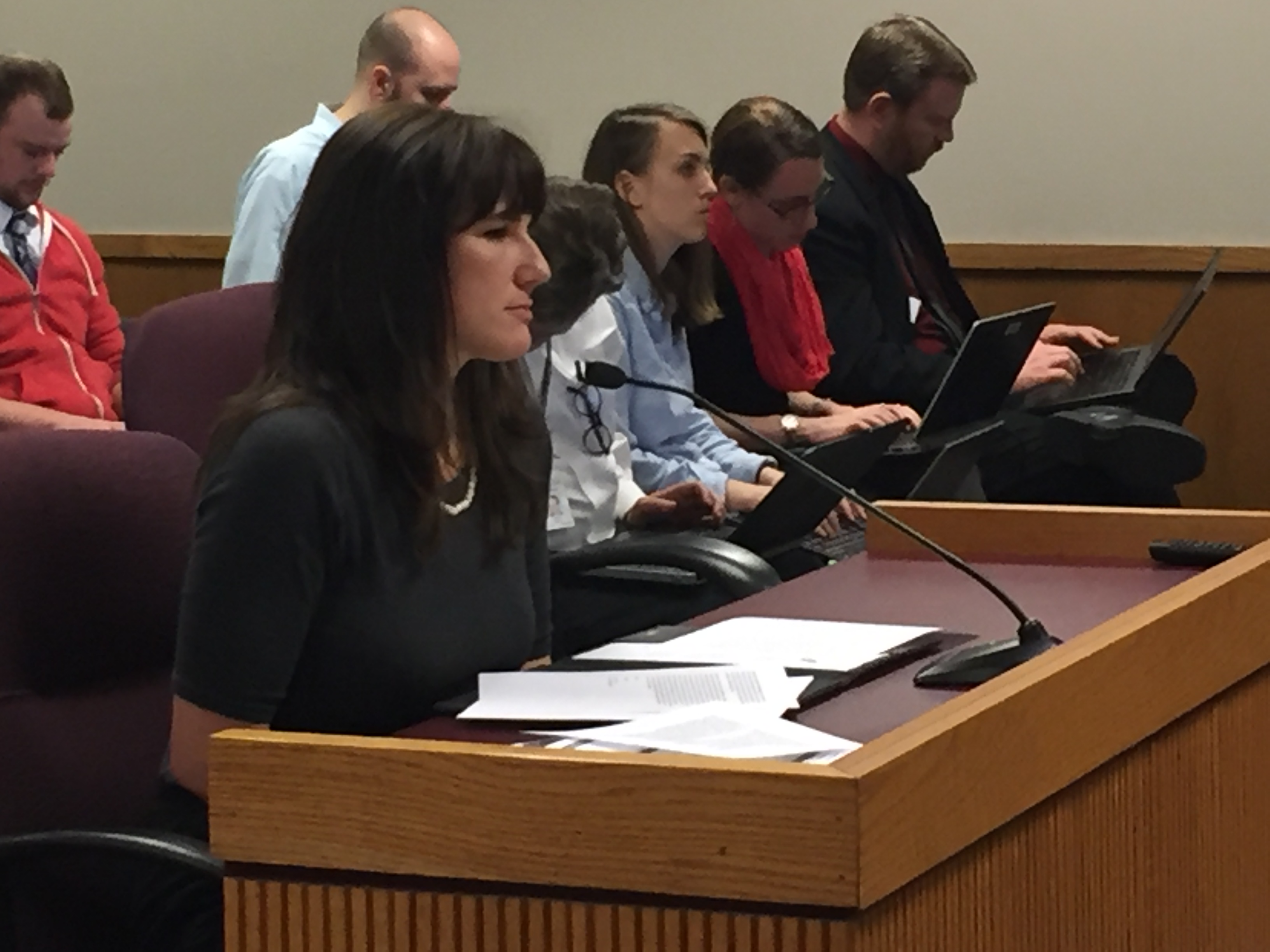 Taylor Hirth testifies to the House Committee on Administration and Accounts

Hirth said a list of resources and additional training would have helped her better her situation while she was interning at the Capitol.

Hirth wasn't the only person left unsatisfied by the comittee's proposed changes. Democratic St. Louis City Rep. Michele Kratky cast the only dissenting vote to approve the changes as written. She told the committee there were too many unanswered questions about the execution of mandatory training for interns and staff, the chain of command to report incidents of wrongdoing and the subsequent punishments for those incidents to pass the proposal as written.

House Chief Clerk Adam Crumbliss told the committee that anyone caught neglecting their responsibilities would be punished accordingly.

"Honestly, being a mandated reporter and not reporting, that's a terminating offense in my opinion," Crumbliss said.

Hirth was also critical of anti-fraternization language written into the standards to prohibit romantic relationships from occurring between members of the House and any staff and interns.

"And since we're dealing with adults, let me say that prohibition on romantic fraternization between members, staff and interns doesn't give any realistic or added protection against sexual harassment," she said.

Hannibal Republican Rep. Lindell Shumake also questioned the execution of the anti-fraternization rules, specifically asking about whether staffers from different parts of the Capitol would be prohibited from carrying on a romantic relationship.

"I will tell you we only have control over the internal dynamics of the House of Representatives," Crumbliss said. "And we do under the policy proposal prohibit anybody in a supervisory relationship from having any sort of a relationship with a subordinate to them."

The committee also heard testimony from individuals critical of non-mandatory reporters. Jefferson City Republican Rep. Jay Barnes told the committee classifying some House employees as non-mandated reporters would "undercut" the goal to hold House employees responsible for reporting wrongdoing. Barnes also addressed complaints that every report filed by a victim wouldn't automatically be made public. He said that requiring every report to be made public would take away power from victims bringing forward cases of harassment.