NewsBook:  Missouri Government News for the Week of September 1, 2014

Dairy farmers claim a decision facing the Missouri legislature could raise the price of dairy products, depending on what happens during the September veto session beginning Wednesday.

The measure would subsidize some costs for state dairy farmers using $3.2 million out of the state's general revenue fund. The state subsidy would focus on allowing farmers to participate in a federal insurance program created by the massive overhaul of federal agriculture programs. The measure was vetoed because of a separate provision, which changes the classification of Missouri's deer population.

In his veto letter, Nixon wrote that the bill also contained a separate provision that shifted the regulation of deer farms, especially those with white-tailed deer, from the Conservation Department to the Agriculture Department. Nixon argued the shift would "be at odds with the longstanding successful conservation practices [of white-tailed deer] and would violate the Missouri Constitution."

Missouri Dairy Association Executive Director Dave Drennan said providing farmers with the ability to partake in the insurance program would be vital to the dairy industry and reduce the cost of dairy for the consumer.

"Agriculture is a price taker not a price maker," Drennan said. "When [the 2012] drought came, the feed price went up, but the price of milk stayed down. Also, a dairy farmer only makes 26 cents for every dollar you spend on dairy."

A month after Ferguson, Missouri will discuss gun rights 09/04/2014

A month after the police shooting in Ferguson, gun rights and firearms safety will be among the vetoed bills that come before the Missouri legislature's Wednesday veto session.

The measure would make several modifications to Missouri gun laws.

The main section of the bill would authorize school districts to empower teachers to carry concealed weapons on school grounds.

Another provision would prohibit local government from banning open carry for persons with a concealed weapons permit.

The bill would extend the wait time from twenty-four to seventy-two hours between contacting a physician and getting an abortion.

The measure passed the House with more than the two-thirds needed to override. It fell one vote short in the Senate, but an absent Republican member said he will vote to override.

House speaker Tim Jones said the override of the veto is a likely outcome.

"Missouri continues to be a state that very much is on the side of being pro-child, of being pro-life, of promoting life, of standing up to life."

In his veto letter, Jay Nixon cited the failure to exclude rape and incest as one of his reasons for his veto.

In response to what Nixon calls an $800 million over-budget spending plan, Nixon stressed living within our means to lawmakers and told them to think about Missouri families when making decisions about how to best spend money.

"State government must live within its means. Missouri taxpayers deserve it and the Missouri Constitution requires it," Nixon said. "Writing checks we can't cash is attempting to live beyond our means does not reflect our values or the fiscal realities that we face."

Nixon said the money needs to be invested into schools and the higher education system, and not into earmarked programs.

"And since there is only so much revenue coming in, balancing budgets requires setting priorities and making tough choices," Nixon said. "That's why, when a General Assembly passes a budget that grows government spending, without the revenue to support it, it's the governor's responsibility to stop it."

Lawmakers return to the Capitol for the veto session on Wednesday, Sept. 10.

The Missouri Legislature will not override the Governor's veto on payday loans. 09/03/2014

The bill on payday loans will not be brought to the floor during the upcoming veto session.

Gov. Nixon vetoed the bill due to its lack of support for payday loan borrowers.

Sen. Mike Cunningham sponsored the bill and concedes the veto will not be overturned.

"The votes apparently are not there to override the veto, so it will not be brought up," Cunningham said. "The governor's going to get his way with it."

Without the two-third majority vote in the Senate, the governor's veto will stand.

Gov. Nixon vetoed the tax breaks in June and said the bills would "pick winners and losers and shift a great proportion of the tax burden to the majority of Missourians unable to utilize such loopholes."

"We have done our due diligence as legislators to protect Missouri taxpayers and provide the tools necessary to attract jobs to the state," Dempsey said back in June.

Nixon used the bills to withhold many budget items, mostly from education.

Lawmakers return to the Capitol for the veto session on Wednesday, Sept. 10.

The case involves the conviction appeal of a St. Charles County deputy sheriff for excessive force in a drug bust.

Christopher Hunt was convicted of burglary, property damage and assault as a result of actions against the suspect.

Before the court were arguments as to whether Hunt needed a search warrant.

Hunt broke down the door of a trailer in Montgomery County looking for Phil Alberternst, who was wanted for manufacturing and producing methamphetamines.

Hunt entered the trailer, which was not owned by Alberternst, and struck him, according to a court statement.

"Where is the evidence that when he entered he intended to assault him as opposed to arrest him?" asked Judge Paul Wilson.

Hunt's attorney said the assault charge should be retried and asked for the burglary and property damage decisions to be overturned.

The attorney general's office normally represents the prosecution when convictions are appealed.

Gov. Jay Nixon lifted the state of emergency Wednesday that he declared August 16 after violence broke out following the shooting death of Michael Brown in Ferguson.

Nixon said the following in a press statement: “Over the past week, we’ve seen students getting back to school, businesses reopening their doors and folks getting back to their normal routines. This progress is a testament to the efforts of community and faith leaders, working alongside state and local law enforcement officers, to bring peace to the streets of Ferguson and much-needed stability to its citizens.”

The new laws include establish religious practice rights for students in public schools, requiring a minor under age 17 to have parental consent to use a tanning facility, deny unemployment  compensation benefits for a worker fired for misconduct off the job and allowing convicted felony drug offenders to receive Food Stamps if participating or having completed a substance abuse program.

Several measures, however, have delayed effective dates including the massive rewrite of the state's criminal laws and the income tax cut bill. Legislators overrode the governor's veto of the tax bill during the legislative session May. The bill provides a several-year phased implementation of income tax cuts based on tax collections in prior years.

The fate of 32 bills passed by the legislature, but vetoed by the governor, will be determined during the legislature's veto session that begins at noon on September 10.

Many of the legislature's major bills were vetoed by the governor including abortion restrictions, tax breaks for various types of sales, restricting the right to students to transfer out of unaccredited school districts and letting schools authorize teachers to carry concealed fire arms on school grounds.

The state subsidy focuses on allowing farmers to participate in a federal insurance program created by the massive overhaul of federal agriculture programs.

Dairy farmers said Missouri consumers would face increased dairy prices if the legislation is not passed. Missouri, which used to rank 11 in the nation in milk production, now ranks 25. The number of licensed dairy farms in Missouri fell from 1,890 in 2004 to 1,233 in 2014.

In his veto letter, Nixon wrote that the bill also contained a separate provision that shifted the regulation of deer farms, especially those with white-tailed deer, from the Conservation Department to the Agriculture Department.

Nixon argued the shift would "be at odds with the longstanding successful conservation practices (of white-tailed deer) and would violate the Missouri Constitution," in his veto letter. 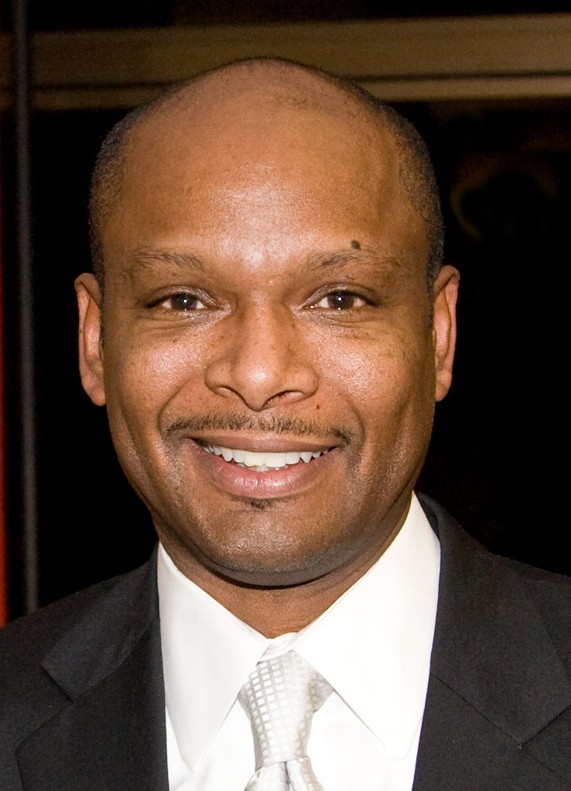 He will replace Jerry Lee who had headed the department for nearly three years.

Lee's departure was described in a release issued by the governor's office as a retirement. He did not issue any immediate explanation for his departure.

Isom will be the only black on the governor's cabinet since the 2012 departure of Kelvin Simmons as the commissioner of administration.

Since the violence in Furguson, Nixon has come under criticism from some black legislators for not being responsive to concerns from the black community.

Isom, who joined the St. Louis Police Department in 1988, rose through the ranks to become the department's chief in 2008 until his retirement in 2013.

Lee had a similar long law enforcement history with the St. Louis County Police Department, serving at its chief from 2004 to 2009. He had spent a total of 38 years with the department.

Missouri's secretary of state has ordered a recount of the August 5 vote on Constitutional Amendment 1.

Missouri law provides that a recount can be demanded if the difference is one-half of a percentage point.

The measure would establish "the right of farmers and ranchers to engage in farming and ranching practices."

Although promoted by the agriculture industry, the proposal had been opposed by advocates for environmental protection and human treatment of animals.

"This is one way the frustration expressed on the streets of Ferguson can bring positive change in policing our urban communities," Koster was quoted in a news release as saying.

Invitees to the workshops will include police chiefs, school administrators, community leaders and guidance counselors, according to the release.

One workshop would be held October 1 in St. Louis with a second workshop, the following day, in Kansas City.

Due to extreme heat this week, the Missouri Department of Transportation warned travelers to be aware of possible pavement "blow-ups."

Motorists are not in danger when driving on the roads but are advised to be aware of their surroundings, according to MoDOT.

During humid weather moisture can seep into a crack or joint in the roadway, expanding the pavement. The pavement then weakens and extreme heat can cause the surface to buckle.

Severe blow-ups can cause damage to cars when motorists attempt to drive over the area. However, blow-ups are not expected to be severe.

"They tend to happen pretty much every year," Schupp said. "A lot of the time they happen in July with the hot and humid temperatures."

MoDOT crews are monitoring the situation and will pour asphalt for a temporary fix on the spots where damage has occurred. In the winter months they will have time to make permanent adjustments to the roads.

"We're out here on the road every day," Schupp said.

MoDOT is asking the public to call in and report these blow-ups by calling 1-888-ASK-MODOT or online at modot.org