Gov. Nixon's State of the State Address receives blow back from GOP 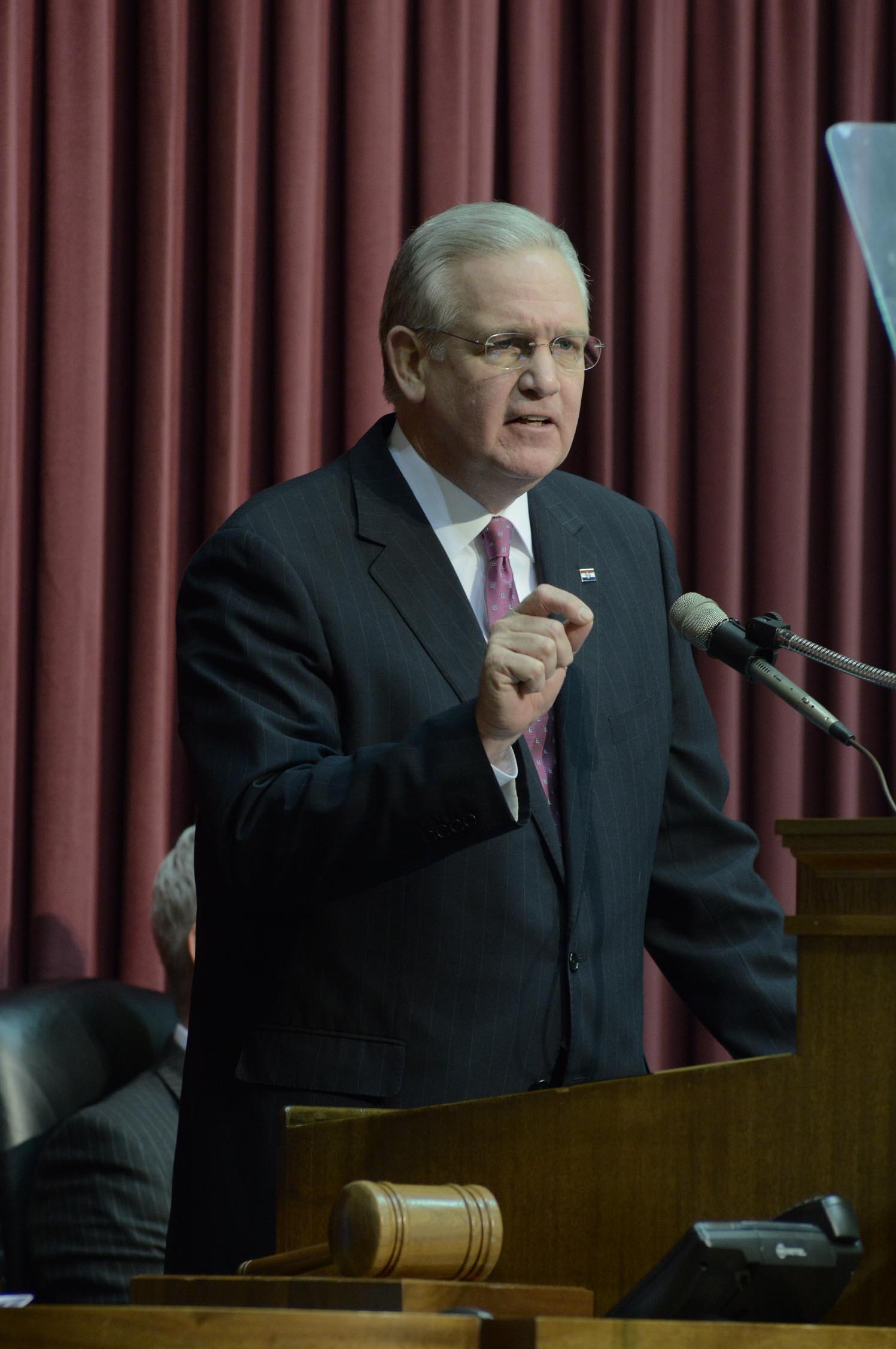 JEFFERSON CITY - Facing an overwhelming majority of GOP legislators, Gov. Jay Nixon used his annual State of the State Address to attack Republicans. He criticized their failure to adopt his plans to expand Medicaid, while continuing to push for tax cuts. The repeated attacks brought a cruel reception from Republicans, who rarely applauded.

"I thought there was a bit of rhetoric in parts of his speech, and to a degree maybe a condescending tone," Senate President Pro Tem, Tom Dempsey, R-St. Charles County, said following the address.

Nixon's proposed budget focuses heavily on education funding, primarily higher education and K-12. He proposes allocating an additional $493 million towards education, from preschool to graduate school, in the state.

"Our single greatest responsibility - as elected officials, as parents, as citizens of our state - is to make sure every child in Missouri has an opportunity to achieve his or her dreams," Nixon said.

The budget proposes $278 million increase in funding to the K-12 foundation formula, half of the amount needed for full funding. Missouri Budget Director Linda Luebbering said this additional funding would allow for the program to be fully funded within two years.

For higher education, Nixon's budget adds additional funding to Missouri scholarships such as Access Missouri, Bright Flight and the A-Plus Program. He also said he has called on four-year institutions to freeze tuition rates for undergraduates.

Funding for colleges and universities within the state will be awarded based on performance.

The Republican budget leaders dispute the prediction of high tax collections necessary to fund his budget.

"I'm kind of glad we got out of the chamber because we had to come back to reality," said Senate Appropriations Committee Chairman Kurt Schaefer, R-Columbia. "I think that speech might have been appropriate if it was given about a month ago at Christmas time."

But Schaefer said he agreed with Nixon's decision making education funding a priority and would work to find funds for as large an education budget increase as possible.

Following the address, Speaker of the House Tim Jones, R-St. Louis County, said he would prefer Nixon propose legislation to improve the education system rather than "throw more money at the problem."

"We have increased spending to education over the last two to three decades in this state and in this nation," Jones said. "Billions of dollars have been poured into our education and to our government schools and that has not resulted in improvements of test scores, it has not helped the St. Louis city public schools become accredited, school districts have actually fallen into unaccreditation. As the money has poured in, the results have either flat lined or gone down. So I think it's time to do something different."

Nixon, however, said in his address that he would not support anything that "takes money out of our classrooms."

Nixon went on to address the expansion of Medicaid in the state. He said the most significant improvement that could be made to the wellbeing of the state is Medicaid, and he called on the General Assembly to pass Medicaid expansion this year.

He labeled the implementation of the federal health care act "abysmal," which received loud applause from the GOP side of the chamber. Nixon continued, however, and said rejecting Medicaid would not fix the problems.

"It won't keep Missourians from having to pay federal taxes, or exempt our businesses from new requirements under the law," he said. "Instead, by standing still, we're making things we don't like about Obamacare even worse, forcing Missourians to bear all of the costs of this law - and reap none of the benefits."

"Each day we don't act, thousands of Missouri women aren't getting the preventative health care they need to detect breast or cervical cancer early - while there's still time to treat it," he said. "And each day we don't act, nearly 300,000 working Missourians go another day without the treatment they desperately need."

Schaefer said the biggest argument against Medicaid expansion is that there is place to find the money required for expansion other than public education.

"I think it is a little disingenuous for the Governor to say he wants Medicaid expansion and he wants to fully fund the funding formula which is currently underfunded by $640 million," Schaefer said.

He also said he did not believe that Nixon's budget was balanced, but said the General Assembly would deliver a balanced budget.

"We'll roll up our sleeves, and we will do the work that the legislature does, which is balance the budget."