Pro-choice Missourians rally outside the Capitol 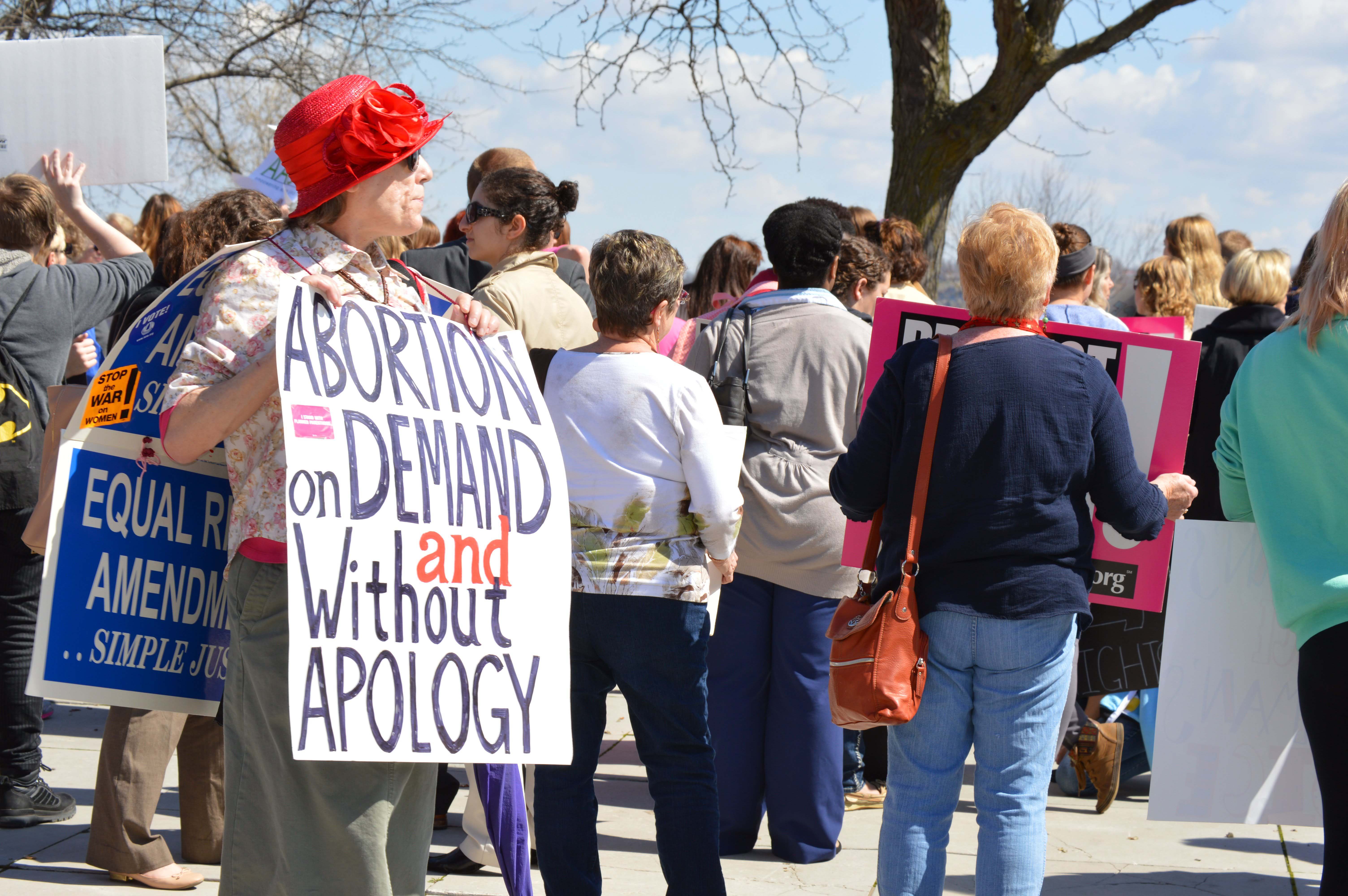 JEFFERSON CITY - From young girls to elderly men, hundreds of individuals from all walks of life were present for a rally on Women's Lives to protest legislative proposals to restrict abortion rights.

"My body, my choice," is just one of the many chants that could be heard from the East side of the Capitol Tuesday, April 8, as Missourians gathered to rally for pro-choice rights. Organizations supporting this rally included; Planned Parenthood Advocates in Missouri, The National Council of Jewish Women- St. Louis, NARAL Pro-Choice Missouri and the ACLU of Missouri.

The primary speaker at the rally, Susan Talve, a rabbi from Central Reform Congregation in St. Louis, said over 30 bills have been filed this legislative session that seek to restrict women's health care. One such bill would triple the mandatory waiting period for abortions.

Elizabeth Read-Katz, of Columbia, Missouri, said she received an abortion at age 27 after finding out her child had a chromosomal defect that was not compatible with life. She said her mind would not have been changed by a three day waiting period, and that it would have only made the process more agonizing.

Kevin Elmer, R-Christian, the sponsor of the bill that would prolong abortion waiting period, said the bill would simply provide women with more time to think about this major life decision.

"We will not let Missouri legislators play politics with our health, with our bodies and with our right to choose. What is right for ourselves and our families, we know best, not them,"
said Talve.

Talve said legislators should focus on expanding Medicaid instead of endangering women's health with restrictions on choice.

"So are you ready to march up to the Rotunda?" Talve asked the crowd. The group of protestors cheered in response, before marching up the Capitol steps.