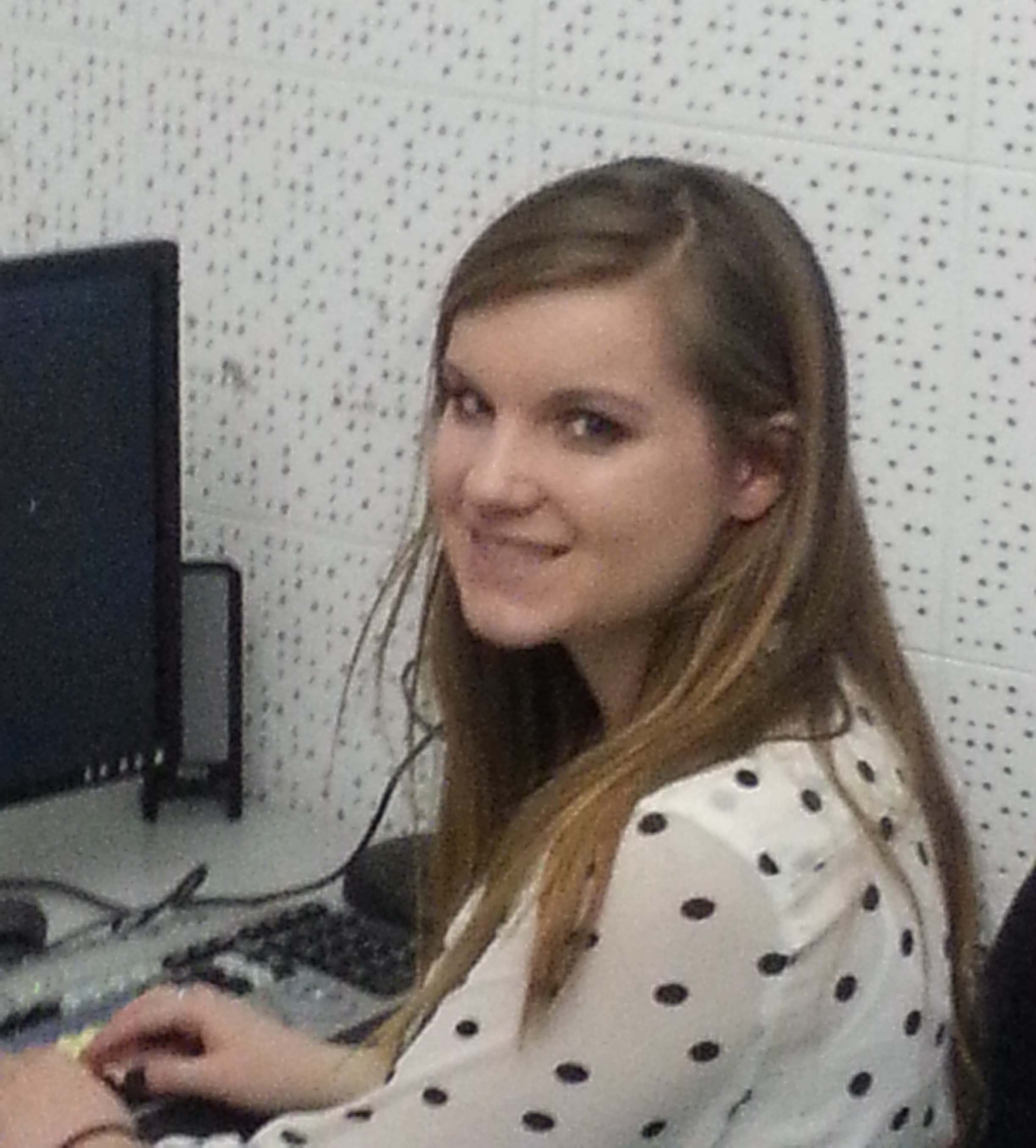 Meghan Boggess is a senior at the Missouri School of Journalism studying international reporting, with minors in business, history and political science.

This fall is Meghan's second semester as a statehouse reporter for Missouri Digital News. She has previously reported on youth issues in Chicago, where she covered education, juvenile justice and immigration and broke a story on the poor conditions facing Chicago Public Schools counselors. Meghan has also reported on the European Union and European culture at New Europe, urban culture in the U.S. at VODA Magazine and state government at the Columbia Missourian. Raised in a Chicago suburb, she hopes to report on the intersection of policy and social issues in the city after graduation.

My thoughts on the veto session are coming a bit late-- the session being held more than two weeks ago-- but here they are anyways.

During the time I spent covering the Missouri  House in Spring 2013, it never occurred to me to wonder what was the point of floor debate. I had my assumptions and thought they were right: that lawmakers wanted to change their colleagues' minds or make a point in a public forum, acting as a voice for constituents.

But during the 2014 veto session, I began to wonder how easy it really is to change a lawmaker's mind on the floor. Is all floor debate just puff and pandering? Do any lawmakers come to the floor looking to be persuaded in either direction?

As a reporter, it's a question that probably can only be answered with time. If I've learned anything from my class on Congressional politics, it's that the inner-workings of legislatures, be they national or state, are hopelessly complex.

Posted 04/16/2013:  Globalization is a concept that has expanded far beyond trade and economics. Following the Boston marathon bombings the entire world reacted, offering sympathy and support, but also some perspective.

Both the media and the federal government classified the Boston explosions as acts of terror, making them the first successful terrorist attack on U.S. soil since 9/11. Thus, they marked an important moment in U.S. history and their significance and levity were intensified by their tie to the event that marked the beginning of a new era more than 11 years ago. But the gravity that these events hold also called into question Americans' perception of violence at home and overseas.

Officials reported that the explosive devices were made out of pressure cookers filled with shrapnel, a type of explosive often seen in bombs used in the Middle East. In volatile countries like Syria, bombings are not unusual, and the Associated Press reported that while Syrians expressed sympathy, there was some disappointment that similar events in their own country all too often received little to no attention.

The Boston attack offers Americans a glimpse into the daily life of those living in countries plagued by turmoil. Rather than causing division between Americans and Syrians, these events can serve as a base for mutual sympathy and make Americans more aware of the fear that has become a daily routine in other countries.

Bullying in schools: two sides of the same coin
Posted 04/08/2013:  Lawmakers debated in the House Wednesday over a bill that would protect students from bullying in school. Their arguments stemmed from the question of who the bill would cover.

In its original form, the bill would cover all students but would lack a list of specific groups or the differences for which a student might be bullied, such as race, gender or sexual orientation.

Several lawmakers argued that the general coverage of the bill was not specific enough, and that school administrators would brush off bullying related to sexual orientation if it was not specifically listed in the bill.

This proposal raised concerns that students not falling under these categories would no longer be protected by the bill. One lawmaker declared that the goal should be to protect all students from bullying and not limit it to certain groups.

The heated arguments ignored the fact that ultimately, lawmakers wanted the same thing: a bill to protect all students that would not be ignored by schools.

Barack Obama took his oath of office for the second time less than two months ago, but contenders for the 2016 nomination are already in the spotlight.

Even before the 2012 election was over, it seemed that the next race had already begun. In Time's commemorative election issue, published Nov. 7, 2012, one feature was dedicated to the "Class of 2016," listing a number of candidacy contenders such as Hilary Clinton and Chris Christie. When we are faced with a 24/7 news cycle and a holiday season that starts in September, it's no surprise that the election cycle would follow suit.

Today the Republican Party is making headlines as they move to rebrand the party and attract a greater array of voters. After years of holding tight to old conservative issues and ideals, making this announcement three and a half years before the next presidential race may be perfect timing.

Recently it felt as if I was back in a high schol classroom filled with teenagers that would rather not be there and a few class clowns. The teenagers were Missouri state representatives and the classroom was a House hearing room.

When the bill sponsor walked in fifteen minutes late, he was met by a round of applause. As witnesses presented their testimonies and the bill sponsor explained his proposed legislation to protect the rights of veterans, two representatives made faces at each other while others were glued to their phones. Two others had a conversation from opposite sides of the room, although they had the sense to limit it to lip reading rather than the shouts one is accustomed to in a high school English class.

This week, the legislators enjoy their spring break while I, the real student, am busy working on enterprise stories and staying afloat during midterm week. It seems as if the roles should be reversed, but seeing as my own spring break is in less than five days, I really don't have much to complain about.

The politics of nullification
Posted 02/10/2013:  The issue of nullification is a puzzling one.  Championed by former Vice President John C. Calhoun in 1828, it was met with the threat of military force when factions in South Carolina wouldn't stop talking about secession.  It was also met with compromise when the Jackson administration passed two conciliatory tariffs, the Tariff of 1832 and the Compromise Tariff of 1833. The theory behind nullification is simple, but its supporting document is ambiguous.  The Tenth Amendment gives all powers not entrusted to the federal government to the states.  To proponents of nullification it suggests that states have the right to declare federal law unconstitutional, or "null and void" within their borders.  Such was the case in 1828, and so it is today as four bills in the Missouri legislature aim to nullify federal gun regulations.   Gun laws and the Second Amendment have been in the political spotlight for months following a string of mass shootings throughout the country.  The conversation intensified after the shooting at Sandy Hook Elementary School on Dec. 14.  In response to President Obama's subsequent executive orders, legislators in 20 states introduced bills relating to gun control.  Most of them would exempt that state from federal gun regulations and federal bans on certain types of firearms.  The bills are preemptive, as Obama's executive orders resemble a commanding suggestion more than any sort of legislation.    According to the Supremacy Clause, when a federal and state law are in conflict, the federal law wins out, and so the legality of any of these bills is questionable.  However, it does little to affect their political potency.  The Nullification Crisis in 1828 was so important that it became an essential story of the Jackson administration.  It is important to remember that although South Carolina's goal of nullification was never attained, the overwhelming political force behind the movement was an important factor in the tariffs passed in 1832 and 1833.    The "nullies" of 1828 represented the opinions of many Americans, and ultimately their opinions were both heard and acted upon, legally. These bills may never become law, but they cannot be discounted as empty threats either.
Getting back to reality
Posted 02/10/2013:  Going into my first week at Missouri Digital News, I had many apprehensions, thanks to the perceived magnitude of what I would be covering-- or rather, who I would be covering: real, elected senators and representatives, working in a labyrinthine capitol building that I'll probably still get lost in come the end of the semester.
After attending my first press conference and sitting in on an interview with Rep. Stacey Newman, my job seemed less daunting, probably because all of my scary imaginings of politics and cunning representatives had been replaced with the reality that, rather than reporting in the midst of a political drama worthy of airtime on HBO, I would be telling the stories of Missouri citizens taking action for the things they believe in.  That's not to say politics aren't involved, nor that animosity between parties absent.  But there's an openness between publication and source that borders on a form of respect in that elected officials want their views to be heard and their constituents to know what work is being done.  What better way to do so than involving the press?   This post was originally written on my personal blog for the purpose of this class.