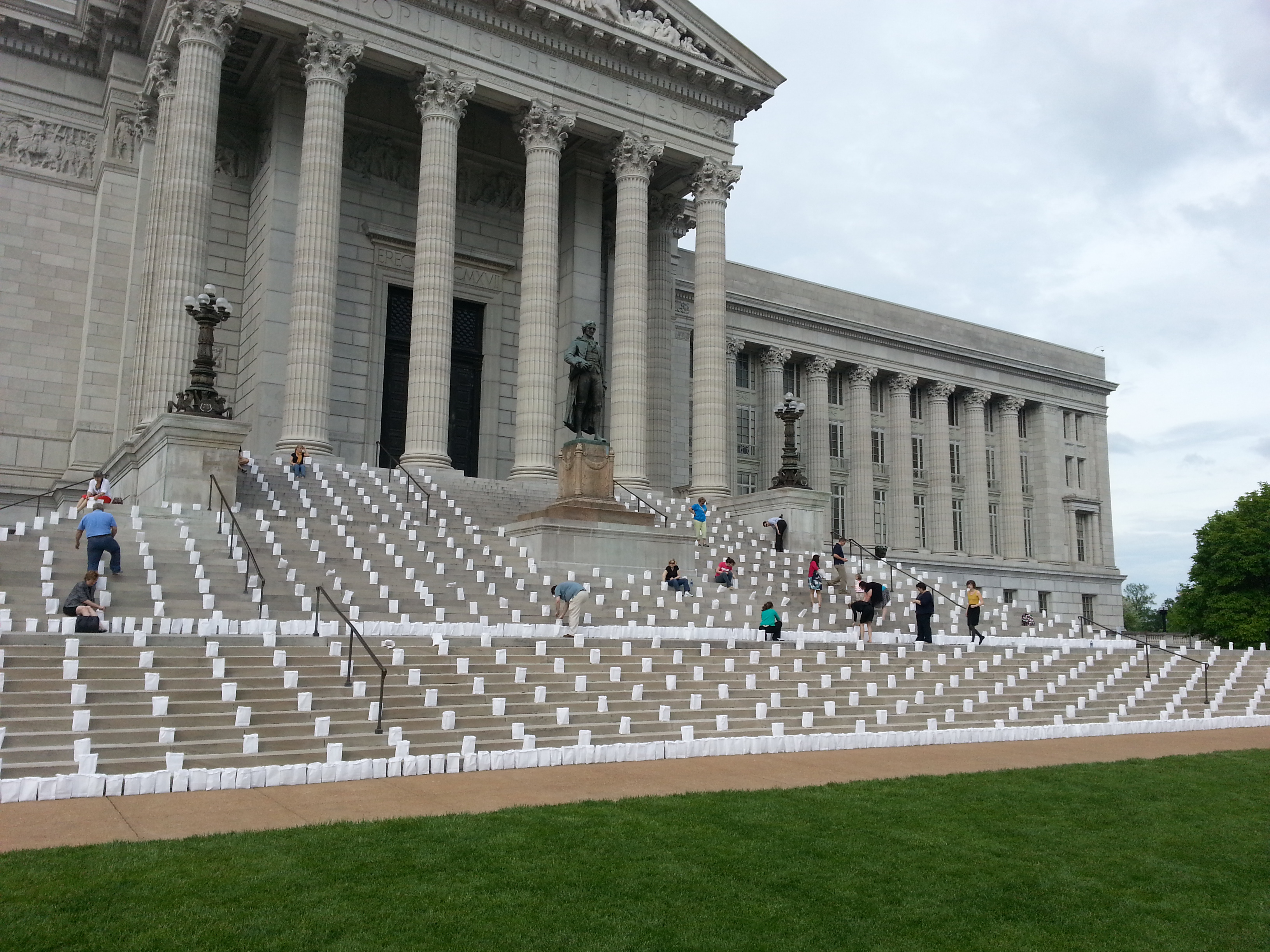 Wrap: Those bags weren't trash. They were a protest.

Several groups that support an expansion of Missouri's Medicaid system as part of the federal health care law set up about 1,500 bags.

The leader of one group, Progress Missouri Executive Director Sean Nicholson, says the bags were part of a vigil for people who will die without Medicaid coverage this year.

The Republican-controlled legislature repeatedly voted down proposals to expand Medicaid, saying it would cause Missouri's health care spending to skyrocket.