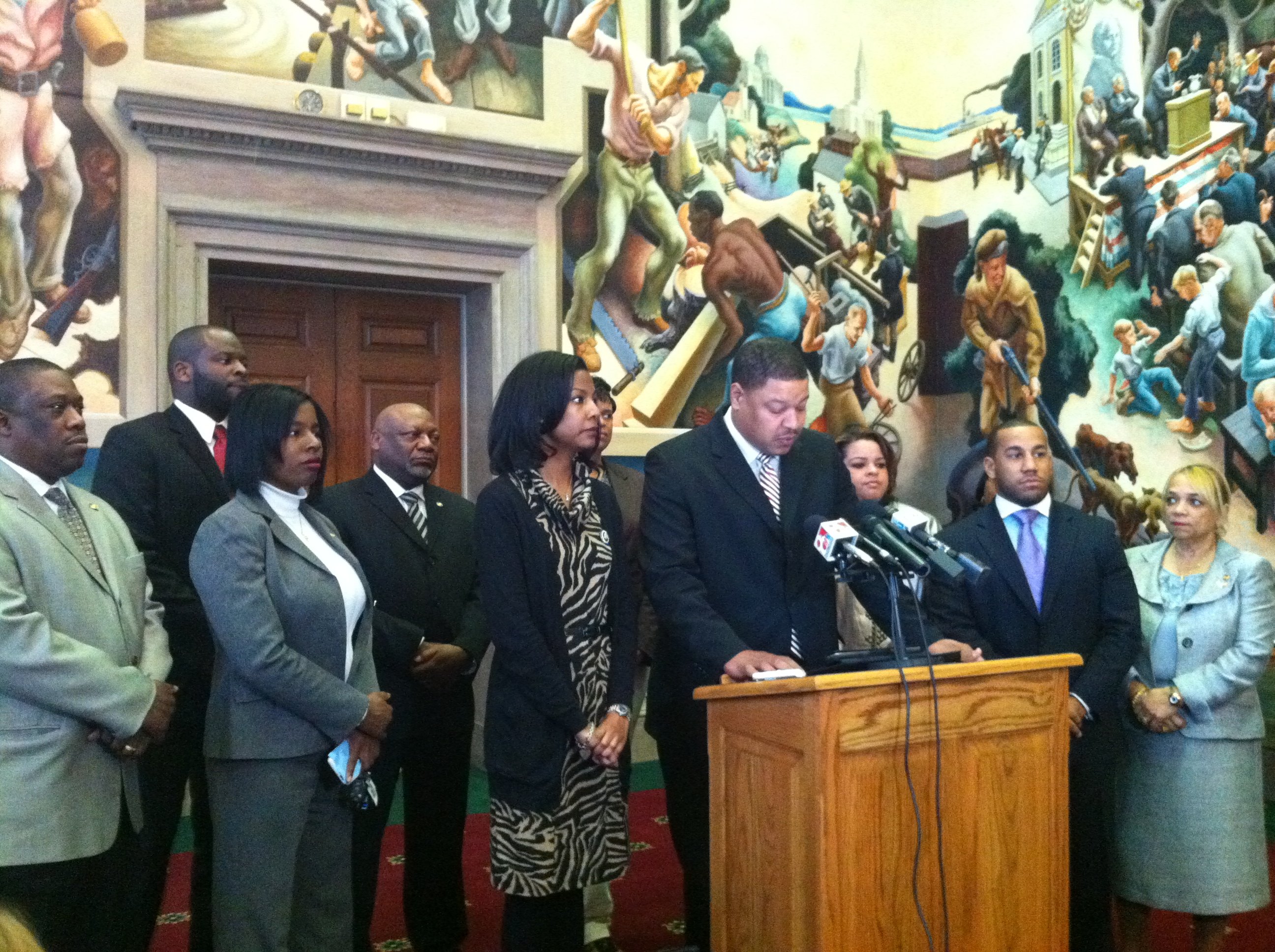 JEFFERSON CITY - Members of Missouri's Legislative Black Caucus held a press conference Monday in opposition of a bill they say will eliminate years of progress for civil rights and discrimination protection for employees.

"If discrimination creates one job in Missouri, then we don't want it," caucus leader Rep. Steve Webb, D-St. Louis County, said. "There's no place for discrimination in the business community or in the government."

Republican supporters say the bill's only purpose is to bring Missouri statutes in line with federal law, which currently requires discrimination be a motivating factor for termination of employment, instead of just a contributing one, as state law currently states. Lager proposed a similar bill during last year's legislative session, which passed through both chambers, but was vetoed by the governor.

In addition to making discrimination a motivating factor, the new proposal puts a cap of $300,000 on punitive damages, but these damages could not be levied against a political subdivison, such as a city government. The bill also allows for the possibility of a judge to make a summary judgment before the case goes to trial if all sides agree on the outcome.

The press conference was held a week after three black lawmakers began a filibuster in the Senate against the proposal. The three Democrats said the bill reduces an employer's motivation for stopping discrimination in the work place.

Sen. Kiki Curls, D-Jackson County, led last week's filibuster with the help of two St. Louis area senators, Robin Wright-Jones and Maria Chappelle-Nadal. Curls said she would filibuster for as long as it takes to defeat the bill.

"What we are saying is, you cannot discount our community...we're here to represent out constituents," Curls said. "Let's not wait til [the bill] gets to the governor's desk, let's take care of it now."

The bill's sponsor, Sen. Brad Lager, R-Maryville, said he he had not heard from his Democratic counterparts, but he still wanted to have a public policy debate. Lager said opponents to the bill were not concerned with having a discussion if they were already filibustering this early in the session.

At the press conference, Rep. Tishaura Jones, D-St. Louis City, said the governor promised to veto the bill if it reached his desk. Lager, however, said he still has not heard from the governor, despite repeated attempts at contacting him about the bill.

"I didn't know the governor was still working in the state," Lager said jokingly. "I've had no correspondence with him, so if someone's hearing from the governor, I would be questionable as to whether it's really him or not."

Majority Floor Leader Sen. Tom Dempsey, R-St. Charles County, said Republicans were committed to passing Lager's bill through the Senate as they did last session. Dempsey said the Senate should expect a long night Wednesday if the Democratic-led filibuster continued.