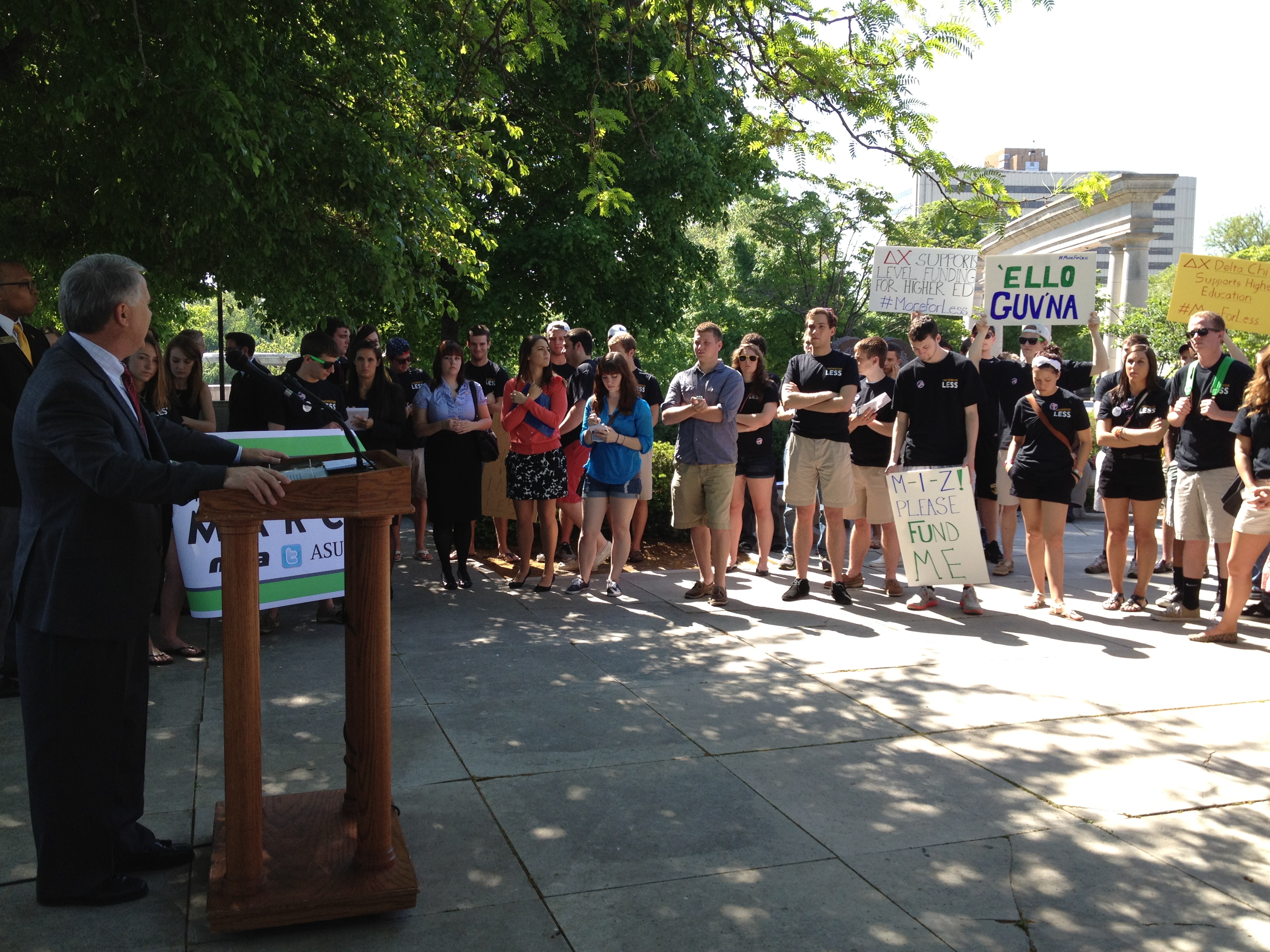 JEFFERSON CITY - The “More for Less” campaign, designed by the Missouri Students Association (MSA), protested at the state Capitol building against rising costs to higher education.

In January, Gov. Jay Nixon proposed a budget cut of 15 percent to public universities. If that cut had passed, Missouri higher education would take a funding blow for the third year in a row.

About 125 students attended the protest.

MU student Mary Karchar said the increased tuition is very hard for her parents to pay, and they may not allow her to go to college anymore.

"I have to pay for all of my own stuff; my parents won't pay anything. Right now, for just two years in school, I'm 35 thousand dollars in debt, for tuition and paying for housing," said Farah Dabbagh, a sophomore from MU.

“Being here today, expressing your voice, making yourself heard, and understand it is important. I appreciate you, and I thank you for being here,” said Holsman during the speech.

"When politicians come up here and tell you, all we took care of the founding for the university this year, all your problems are solved, that's non-sense. We are 15 present less well founded then we were 20 years ago," Kelly said.

Silvey is House Budget Committee Chairman and oversaw the reversal of Nixon's proposed cuts. Nixon also took steps to counter his own proposal and added $40 million from a national mortgage settlement to the higher education budget.

On Wednesday, the Senate passed their version of the budget with level funding for higher education.