JEFFERSON CITY - Missouri parents, teachers and children gathered on the south lawn of the state Capitol with thousands of pinwheels to raise awareness for child abuse. 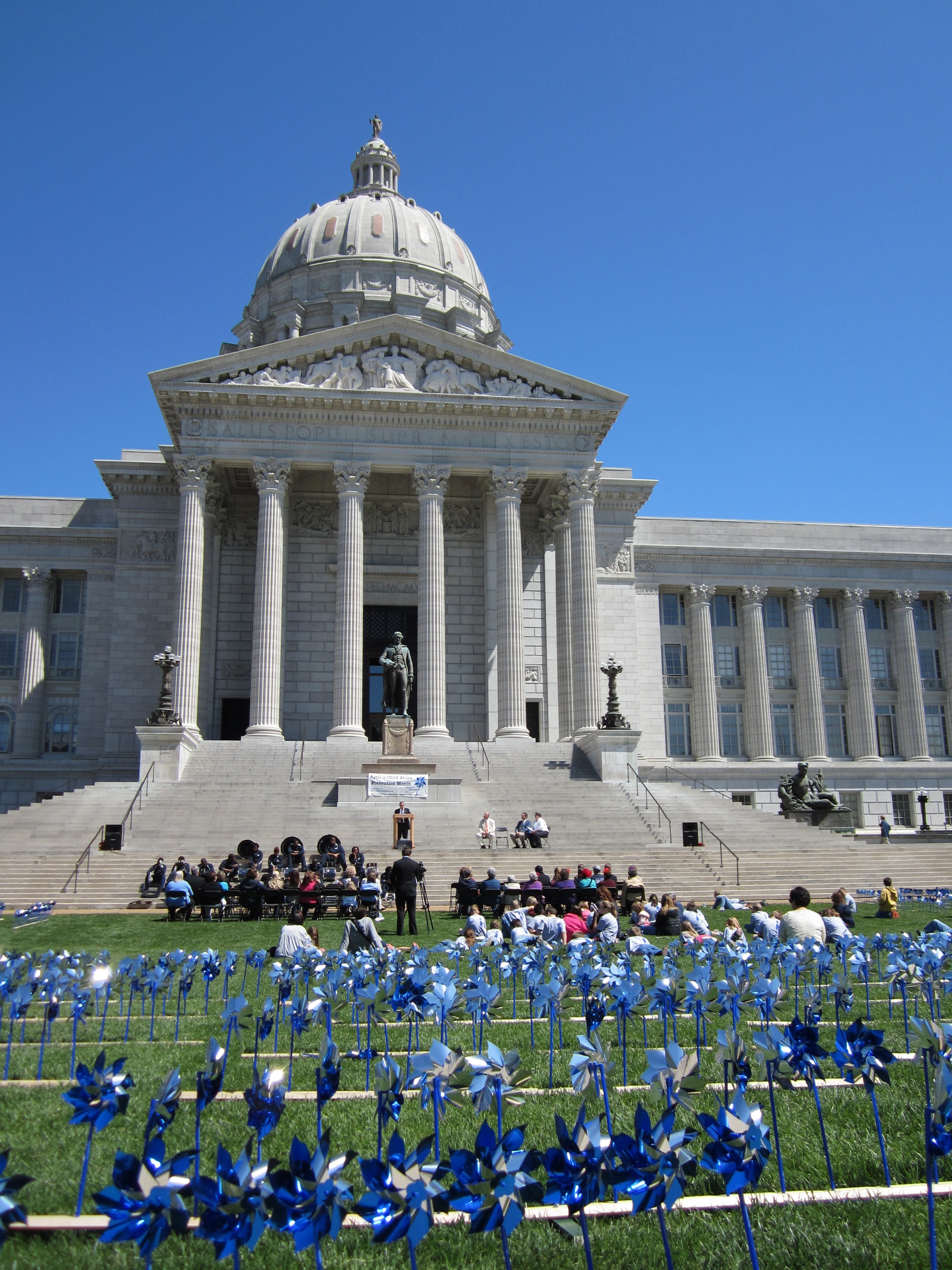 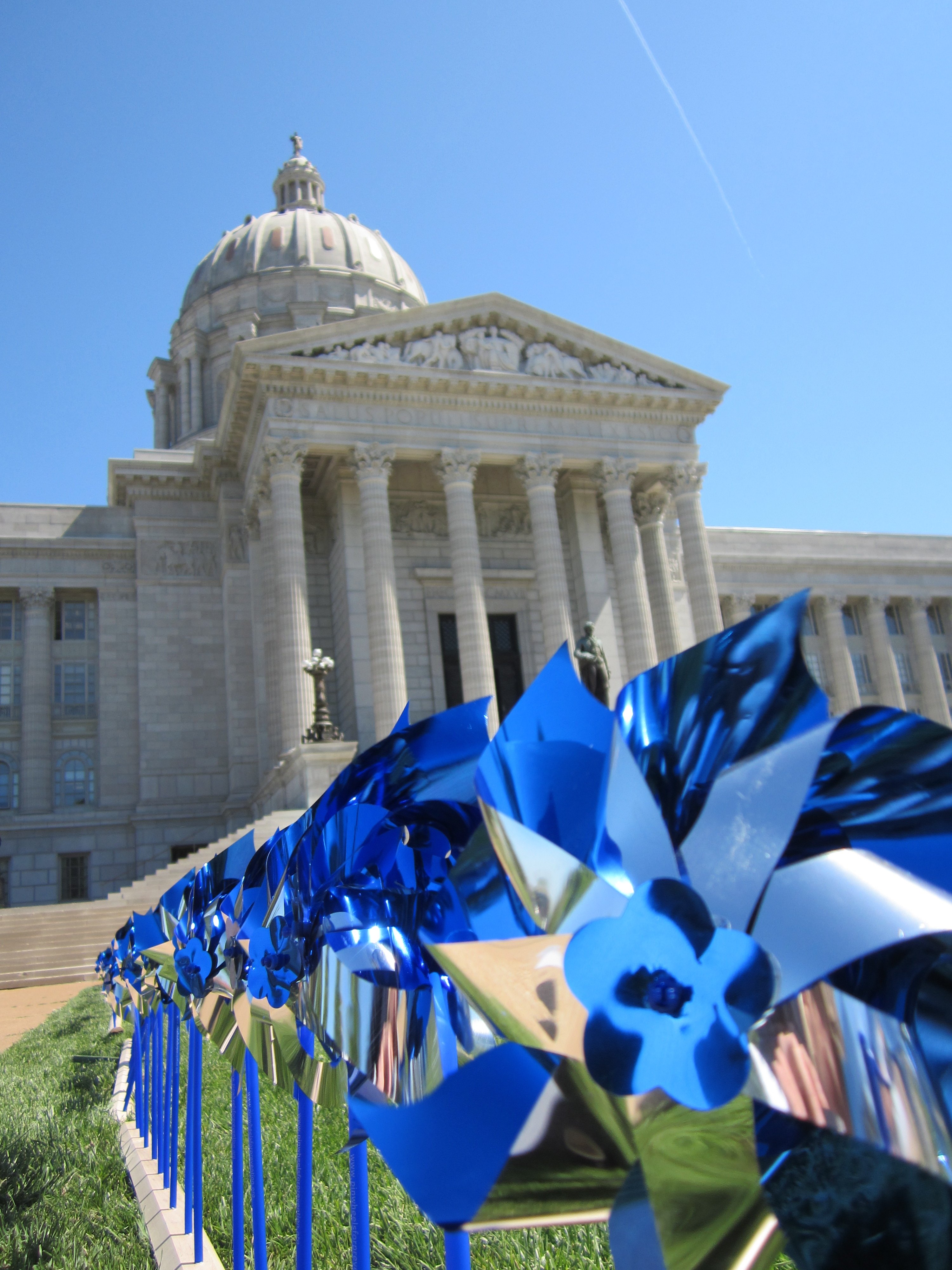 The rally comes less than one week after the Missouri House voted in favor of making it mandatory to report instances of sexual abuse to state agencies.

Missouri KidsFirst, a child abuse advocacy group, held their third annual Pinwheels for Prevention event Wednesday on the steps of the Capitol. Nearly 4,000 blue pinwheels spun in the breeze, a symbol of child abuse awareness.

Once symbolized with a blue ribbon, the blue pinwheel represents a positive image of prevention, said Pablo Araujo, Prevention and Marketing Coordinator for Missouri KidsFirst. He said the shift from the ribbon to the pinwheel was meant to give an image of positivity, where a ribbon may have give a negative feeling.

Lawmakers joined the crowd at the event, which is part of Child Abuse Prevention month, a national movement that occurs every April.

"As a society, one of our top priorities should be making sure that we value and protect children," said Sen. Bob Dixon, R-Springfield, as he spoke to the crowd. "Education and awareness are critical to prevention. Silence is not an answer."

Dixon spoke on how advocacy groups, like Missouri KidsFirst, and the General Assembly have worked together throughout many years to "strengthen and improve" protections for Missouri children.

Rep. Brent Lasater, R-Independence, said lawmakers will consider and work on a bill that would require individuals over 18 to report acts of sexual abuse. Multiple bills have been introduced in the Statehouse on the topic following the 2011 Penn State scandal.

Emily van Schenkhof, deputy director of Missouri KidsFirst, said she is please with the General Assembly and its responsiveness to the needs of children in the state, particularly in the state budget. She says there have been some areas in the budget for children services cut, but overall the situation could be much worse.

"Given the state of the economy and the budget situation, I think children's services fared fairly well in our state budget," Schenkhof said.

Schenkhof cited a $500,000 increase in funding for the 15 child advocacy centers in the state to provide services for sexually and physically abused children.

Araujo said the number of Missouri children attending the advocacy center has been increasing. Although it may seem negative, the rise in attendees can play a positive role in the issue.

"It means that we're reaching out to more children and we're protecting more," Araujo said. "That's not something that's kept in the dark. That's a positive thing too, that we are bringing this issue to light."

Aruajo said he hopes the numbers will decrease in the future as awareness spreads.

The advocacy centers are partially supported by the Children in Crisis Tax Credit Program established in 2006. Dixon said there is a need to "work together" to renew programs like the tax credit program in order to ensure those on the front lines of prevention can continue their work and get the support they need.

Kathy Maddex, a mother of a fourth-grader from Tipton, attended the event. She said education on child abuse is key.