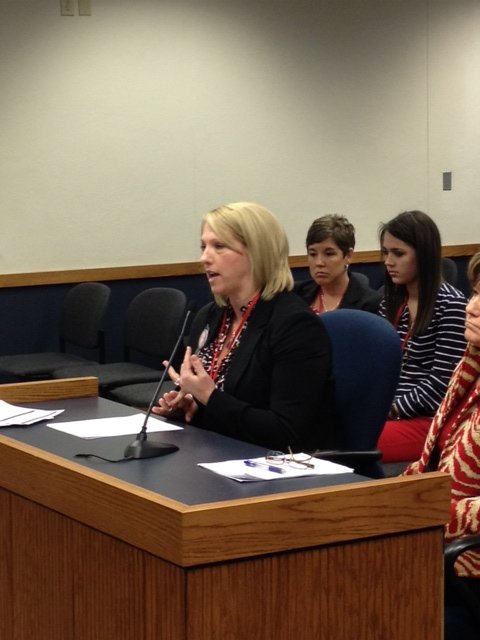 JEFFERSON CITY - The Missouri House is considering legislation that would crack down on school bullies. The anti-bullying legislation could create stricter policies on how school officials treat incidents of bullying.

Rep. Sue Allen, R-St. Louis County, is sponsoring a bill which would require schools to create detailed anti-bullying policies. If passed into law the bill would require school districts to be prompt in their investigations of bullying complaints and would also protect those who reported the incident.  Schools would also have to detail a plan of how they would deal with bullying incidents including everything from how parents would be contacted to how the new policy would be publicized.

Sydney Wilhelm, a freshman at Webster Groves High School, said she was bullied while attending Hickson Middle School. She said that even after prank calls, food being thrown at her and cyberbullying via texting, nothing was done to stop the bullies.

"I asked these girls to stop, and they didn't," said Wilhelm.  "I spoke to the school principal and he didn't help either. He investigated the bullying so poorly that it made it worse, causing retaliation, backlash, and a loss of my friends."

Wilhelm's mother, Michelle, also testified at the hearing.  Michelle Wilhelm began to cry as she told the committee about how her daughter considered suicide in response to the bullying.

The committee also heard from a prominent advocate of the anti-bullying campaign — Tina Meier of Dardenne Prairie. Meier's daughter, Megan Meier, hanged herself in 2006 after being bullied on her Myspace account by an adult posing as a 16-year-old boy.

Meier said bullying is handled differently in this new generation.

"We didn't handle it that way," Meier said. "We tell children to ignore the situation and walk away, it won't be a big deal.  In our schools today, our children now go from this, now they leave and they go home.  The second they walk home, they have their Facebook applications, every single thing is on their cellphone."

"It's recognition," Allen said. "It's at the young age, for the parents to know what's in the policy dictated by the local school district, and then by the employees. Students are sometimes bullied by their teachers, so this should cover the whole A to Z."

The committe did not take immediate action on the bill.