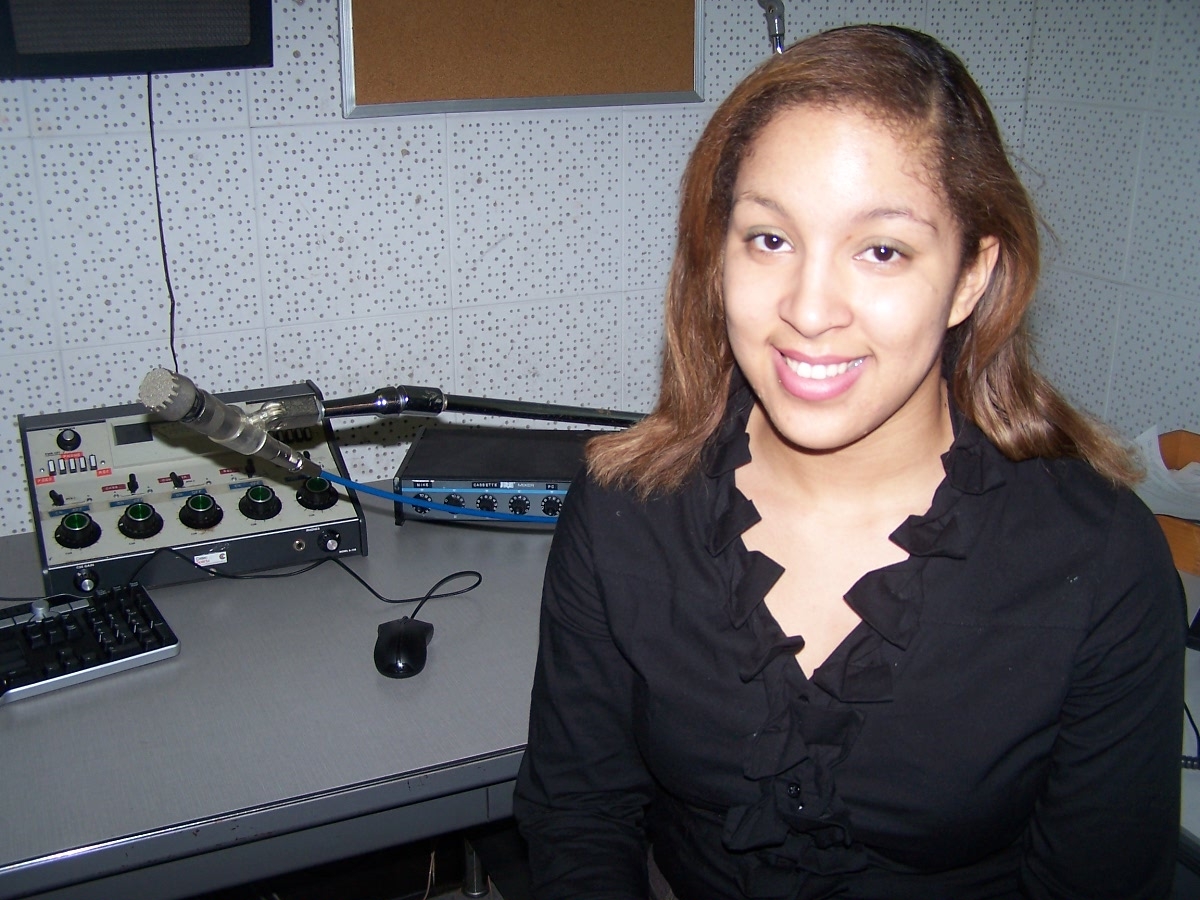 Natalia Allen is a junior at the University of Missouri pursing a Bachelor of Journalism and a Bachelor of Arts in Political Science with a minor in Leadership and Public Service.  She was born and raised in Springfield, Missouri and attended Central High School where she was actively involved in school activities.  She played on the varsity basketball and soccer team, and ran for the varsity track team.  She was also apart of the national award winning broadcast journalism program known as Central Intelligence.  Natalia Allen won 1st place for Best of Show and 3rd place for Best Short Documentary in the nation.  She enjoys traveling around the world and has been to Costa Rica, the Netherlands, Belgium, and France.

Stories by Natalia Allen in 2012 include:
Natalia Allen's Blog in 2012
Rush Limbaugh and the Hall of Famous Missourians

Posted 05/11/2012:  Earlier this legislative session Republican House Speaker, Steven Tilley, announced he would induct conservative radio host, Rush Limbaugh into the Hall of Famous Missourians.   However this is a controversial issue because Limbaugh called a female law student a 'slut' on national radio when she testified before Congress about contraception.

Several groups have protested Limbaugh's induction and asked Governor Nixon to ban the induction of Limbaugh into the Hall of Famous Missourians, but he has yet to respond to the request. On Wednesday, May 9th, Speaker Tilley unveiled the bust of Dred Scott.  Tilley has already announced his decision to induct Limbaugh, but has to to formally induct him or say when he plans on inducting him. Last few weeks of session
Posted 05/04/2012:  My time as reporter for Missouri Digital News has been a great learning experience.  I have not only learned about how to become a better journalist, but I have also learned a lot about the state government. I learned about different research databases and ways to question legislators to get answers.  I have learned so much about the different processes of state government that you just can't learn in a typical academic environment.  This was an invaluable experience for me.

As I continue to work on my feature story, I have not be able to get an interview from any lawmaker saying he or she opposes eliminating or reducing the sentencing disparity between crack and powder cocaine and I asked approximately 30 republican legislators.

However, there is a lot of history in regards to the disparity between crack and powder cocaine.  When crack first emerged in the late 1970s and 1980s, lawmakers and presidents, like Ronald Reagan, dubbed this era the crack epidemic and referred to it as a crisis.  This may be a reason why lawmakers now, still have a hard time eliminating the sentencing disparity, but it's hard to determine when they do not want to speak about the issue.

Missouri lawmkers decide to debate 'Obamacare' near the end of 2012 General Assembly session
Posted 04/20/2012:  During the 2012 regular session, the Missouri General Assembly has debated several issues that pertain to President Obama.  For example, there have been several times when the Missouri House of Representatives debated bills on the floor that required any U.S. presidential candidate to provide a birth certificate prior before his or her name would be able to able to appear on the Missouri ballot.  In regards to President Obama's health care plan, several lawmakers proposed and debated legislation that would either void the act or make it a crime for any person to enforce the law provisions of the Affordable Care Act.  Several similar Senate bills and even Missouri constitutional amendments have been proposed also.   A few of these bills have passed the first round of legislation but might not make it to Governor Nixon's desk before end of legislative session.

Several Democrats argued the significance of the bill and questioned why are Missouri Republicans attacking President Obama and some even said the issue was about race.  However, many Republican Representatives said the legislation has nothing to do with race or President Obama, personally.

Historically, Republicans have been know to be tough on crime and sentencing disparities have existed.  The federal ratio is 18 to 1 and Missouri lawmakers made the argument to "level the playing field" and voted to reduce the sentencing disparity to be comparable to the federal sentencing guidelines.  Also, there is a bill (SB 732) that is going the Senate that would make the penalties for powder and crack cocaine the same, a one to one ratio.

A bill to ban vaseectomies
Posted 04/04/2012:  This week at the Capitol, Democratic Representative Stacey Newman said she proposed a bill to ban vasectomies in response to the contraception bills that were proposed.  She said it is about equality and the the decision to have a family or child should be between a man, woman, and their doctor.  Last week, House legislators debated over a bill that would allow a physician to deny giving a woman or man medical treatment if it was against his or her religion.  The legislation did single out some operations specific  and unique to women.  Representative Newman said she wanted to point out the hypocrisies and inequalities against women and contraception.

There has been a lot of legislation that does not necessarily seem like a priority given the times and circumstances of the state of Missouri. It is an election year, and there is legislation that is being debated to serve political purposes.  Lawmakers are trying to get reelected so each individual proposes or supports legislation such as contraception bills and presidential candidates having to provide a birth certificate prior to being placed on the Missouri ballot to satisfy his or her political party afflliciation.

The birther debates
Posted 03/29/2012:  The Missouri House of Representatives debated over a bill that would require the United States Presidential and Vice Presidential candidates to provide birth certificates prior to his or name appearing on the Missouri ballot. This bill is also know as the birther bill, which was prompted by conservative doubt about President Obama's natural born citizenship and the legitimacy of his Hawaiian birth certificate.  The debates have been going on for the past two days.  The Missouri House passed the bill and will now be referred to a Senate committee. The bill would also make the candidates information accessible to the public.
Economic Development in Kansas City and tax credits
Posted 03/22/2012:  This week the most interesting story I covered was the House passing the economic development in Kansas City bill.  This bill prohibits tax credits or other economic incentives to prevent jobs relocating from Missouri to Kansas withing 30 miles of the Missouri and Kansas border.  The bill also gives Kansas legislators two years to enact similar legislation otherwise Missouri will spend $1.50 for every $1.00 that Missouri spends.

The Minority Floor Leader Representative Mike Talboy says Missouri legislators are still communicating with Kansas legislators.  He says Kansas legislators have a copy of the Missouri draft legislation.  He also said he thinks one of the two states had to take the first step, so that's why Missouri legislators took initiative. I attended the hearing when this bill was first introduced and some concern was that Missouri might go in debt if Kansas fails to enact similar legislation and Missouri is therefore required to spend $1.50 for every $1.00 that Kansas spends.  I am interested in following this bill as it moves to the Senate.

Feature Story
Posted 03/16/2012:  This past week legislators were on break.  Therefore I just worked on my feature story and attempted to get interviews.  I am having trouble getting bother sides.  People who believe the justice system is unfair and that there are in fact sentencing disparities across demographics  are opened to being interviewed and talking about it.  On the other hand, people who think justice system is fair and that there is not any sentencing disparities across demographics do not want to be interviewed or speak. I have done a lot of research in regards to people who have committed (similar) crimes and the sentencing given to different races.  There are a few disparities among the punishments and I am going to continue my research.  The crimes I compared were child abuse committed by a white man and a black man.  There was a great difference between not only the sentencing but the price for the bond.

This week at the capitol the story I reported on took two days, Monday and Wednesday, because of the difficulty finding an interview with an opposing view of Senate bill 732 which eliminates the sentencing disparities between crack and powder cocaine.  Senator Kiki Curls proposed the bill.  I have learned a lot of information doing background research on the differences between crack and powder cocaine.  I also already had some previous knowledge from criminology and criminal justice courses I have taken at the University of Missouri.

The two drugs are essentially the same, except crack can be smoked and cocaine is snorted in taken in through your gum membranes or snorted.  However some interviewees said they believe the reason for the sentencing disparity is because of the crack epidemic in the 1980s.  However, the federal law has lowered the crack to powder cocaine ratio down to 1 to 18.

I am interested in learning more about this bill and following it through the Senate because it is related to my feature story.  I found it interesting that no conservative or Republican wanted to go on the record and say he or she opposed the bill to eliminate the sentencing disparities between crack and powder cocaine.  Every one I asked for an interviewed either said, he or she did not oppose the bill, did not know enough about the crack and powder cocaine sentencing disparities or did not have an opinion.

Medicaid 'spend down' investigation
Posted 02/24/2012:  This week at the Capitol I had the opportunity to report on the story about the investigation that the Government Accountability Committee in conducting.  Committee members are investigating the Department of Social Services employees failure to obtain proper verification and documentation  for  Medicaid 'spend down.'  People who make too  much money to qualify for Medicaid can have the opportunity to spend down their income if their medical bills are excessive making them eligible for Medicaid.  However, the amount that is covered by insurance or any other third party must be reported and documented properly.  The failure to obtain proper documentation allows for people to engage in fraud and receive benefits from third parties, insurance companies, and/or Medicaid.

The eligibility requirements for food stamps is also under investigation because illegal immigrants' income can be counted towards the benefits he or she as an individual does not get counted.  For example,  if there are five people living in a household who cook and share food, the illegal immigrant's income will get counted towards the amount of total resources but the the household will only get enough food stamp benefits for four people.  Department of Social Services is also under investigation for the possible failure to contact Immigration and Customs enforcement when there is an illegal immigrant living in a household.  I plan on reporting on follow up stories in regards to this investigation.