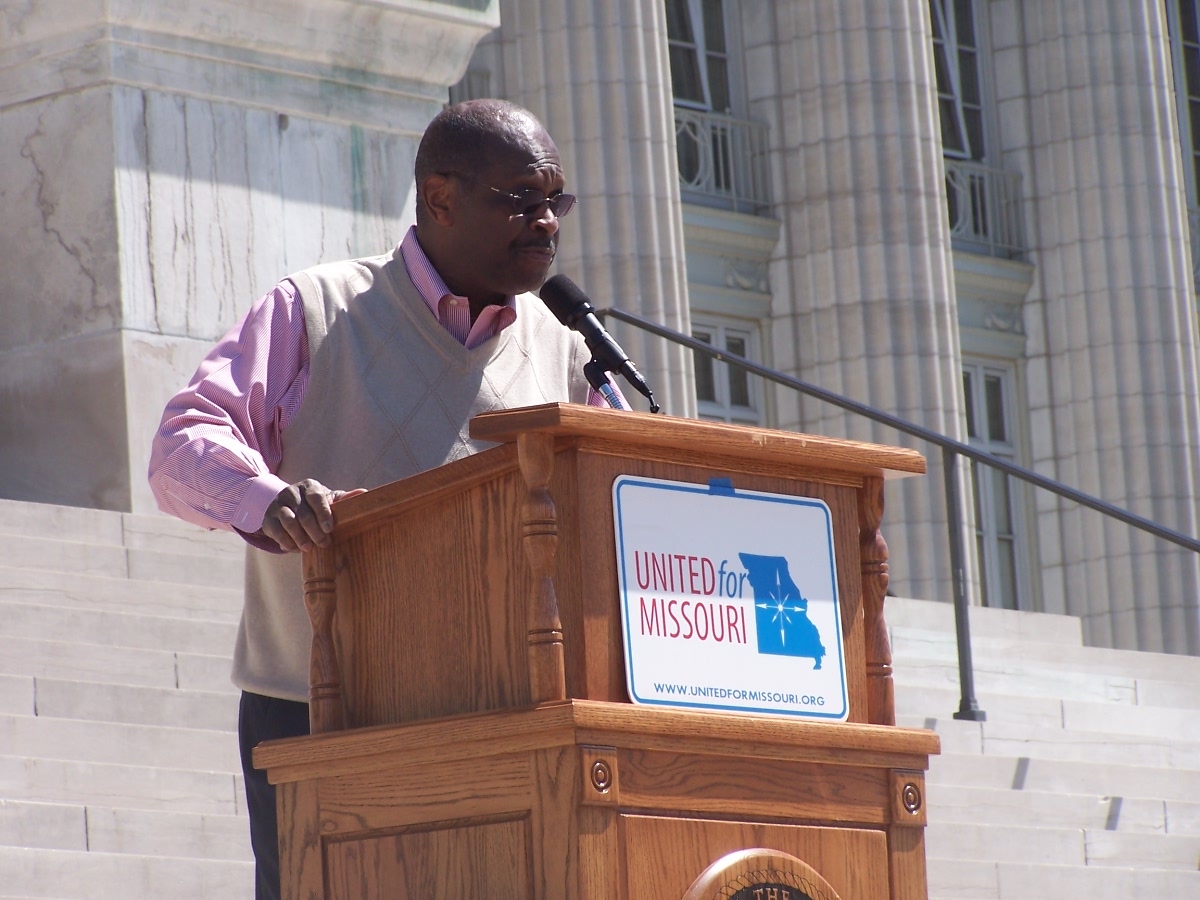 The potential presidential candidate for the Republican Party, Herman Cain, made an appearance at a Conservative anti-tax event sponsored by the United for Missouri group.

Cain admits he has no political experience or background, but said that is what the people want.

"They're looking for a problem-solver, not a politician," Cain said.  "There are some good ones there, but they need help from the Oval Office.  Most folk don't care that I have not held public office.  They like my background and my problem-solving ability."

"We have a president who doesn't know how to lead," said Cain.

Besides questioning the President's leadership skills, he said the solution to the current "crisis" in the country lies within the United States Constitution.  Cain said the lowering of federal tax rates will stimulate the economy.

Tea Party activists have called on Cain to push for smaller government and less spending, all issues that he says he identifies with.

"I have people ask me all the time, 'Is this Tea Party thing going to go away?'  I say, What thing are you talking about?  Are you talking about people who want to take back their government?  No, it's not going away it's going to get stronger and stronger," Cain said.

The aspiring candidate grew up in Atlanta, Georgia from what he describes as a "humble" background.

He was previously a radio talk show host for five years for WSB-Atlanta and was the former CEO of Godfather's Pizza.

The business-man turned politician has created an exploratory committee for the 2012 presidential run.

Cain is also on a fervent tour around the country to get his platform out there.  Last week he spoke at a Tea Party rally in Iowa, and was off after his speech in Missouri to fly to North Dakota.

Cain will be visiting Michigan, South Carolina, New Hampshire, Florida and Texas all within the week.