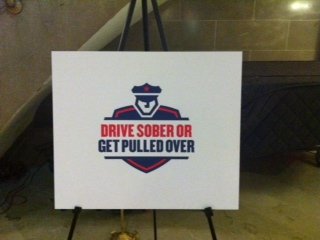 JEFFERSON CITY - About a hundred people from the public came to the state Capitol Tuesday morning to participate in a memorial service for victims of drunk drivers and raise awareness of driving safe and sober.

Kevin Keith, the director of the Missouri Department of Transportation, Colonel Ronald K. Replogle, the superintendent of the Missouri State Highway Patrol and Richard Reed, a volunteer of the Springfield Chapter of Mothers Against Drunk Driving spoke in the ceremony.

Reed shared his story with participants of the ceremony. He said his son died in an accident when a drunk driver hit his son's car. He also said he has been doing everything he can do to help stop more alcohol-related accidents from happening.

"We were trying to come up here and lobby our government up here to pass the seatbelt law and that has helped," said Reed.

The Missouri Department of Transportation said during the past three years, 800 Missourians have been killed and more than 3,000 people have been seriously injured due to accidents involving drunk drivers. Keith said there were 821 fatalities from driving last year and a third of them involved alcohol or some types of impaired driving. Keith also addressed those driving-related deaths can easily drop if people just stop drunk driving. 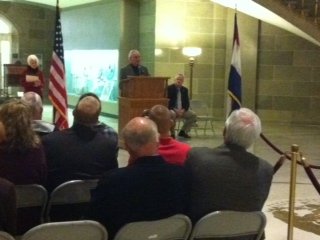 Keith said he hopes the ceremony can continue to raise awareness of sober driving since it must start with drivers. He also said related departments will continue to make efforts to prevent future tragedies through education and enforcement and raising awareness is a type of education.

"Our friends in the highway patrol and other law enforcement agencies are gonna be out looking for folks who are drive impaired and it's zero tolerance," Keith said. "They find you and they are gonna put you in jail."

Keith said the number of overall driving-related deaths this year decreased by eight percent so far compared with the number of last year.

Officials warn that drivers must remember to drive sober during the holiday season.