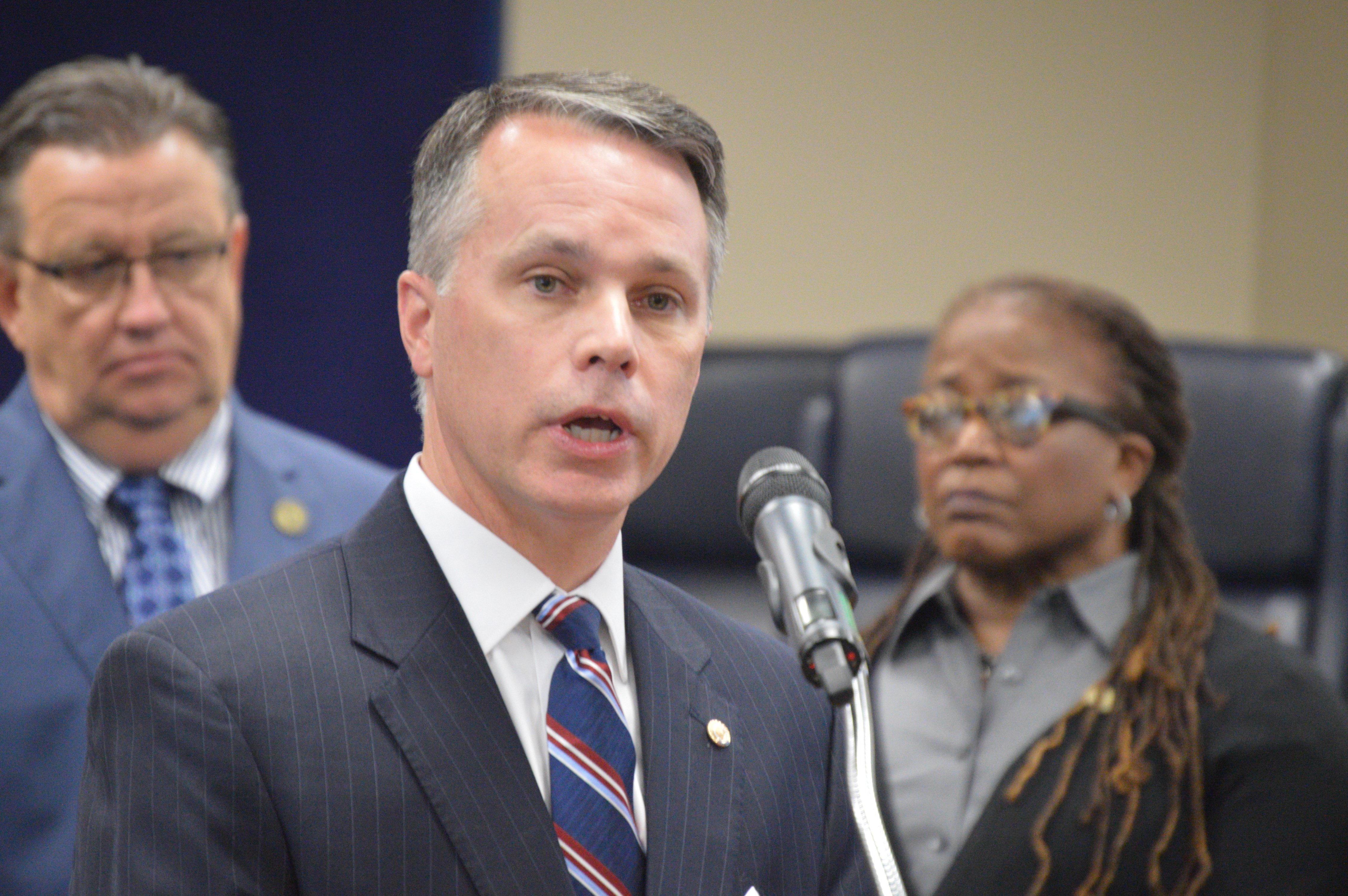 JEFFERSON CITY - After months with an interim director, the Missouri Department of Transportation announced a permanent replacement Thursday from a state roughly seven times smaller than Missouri.

Patrick McKenna will serve as MoDOT's director beginning December 7, previously serving as the deputy commissioner of the New Hampshire Department of Transportation.

In this role, McKenna served as the department's chief financial, operating and legislative officer. Before this position, McKenna served as the chief financial officer for the Office of the Secretary in the U.S. Senate. Missouri Highways and Transportation Commission Chair Stephen Miller said Mckenna's fiscal management experience will allow him to deal with the department's numerous funding issues.

"We do have someone coming in that has the fiscal and financial knowledge and experience of a variety of different forms, and he's going to meld with what we're doing with our own 'road to tomorrow' effort in terms of finding innovative and creative ways to fund transportation going forward," Miller said.

"New Hampshire doesn't compare well," McKenna said. "We probably fit right into one of your districts here in the state of Missouri."

According to McKenna, New Hampshire also has 89 miles of toll roads. He said these roads bring in around $120 million per year. Missouri has never had a toll road, but both McKenna and Miller said they would not be off the table as a possible solution for MoDOT's funding problems.

"There are no options we take off the table with respect to how we're going to build a comprehensive transportation system," Miller said.

According to MoDOT's website, the department's budget was $1.3 billion in 2009, but as of 2014 the budget was only $700 million. In January, MoDOT announced it only has the resources to focus full maintenance an repair on 8,000 miles of Missouri's highway system.

"Many of the same problems are faced in New Hampshire as they are in Missouri with regard to the infrastructure," McKenna said. "Not enough money for routine maintenance and upkeep has lead to a declining condition of that very infrastructure that we all count on every day."

McKenna said he doesn't have an answer yet about how he is going to address funding for MoDOT.

He will replace Roberta Broeker, who has served as MoDOT's interim director since former director Dave Nichols retired on May 1.