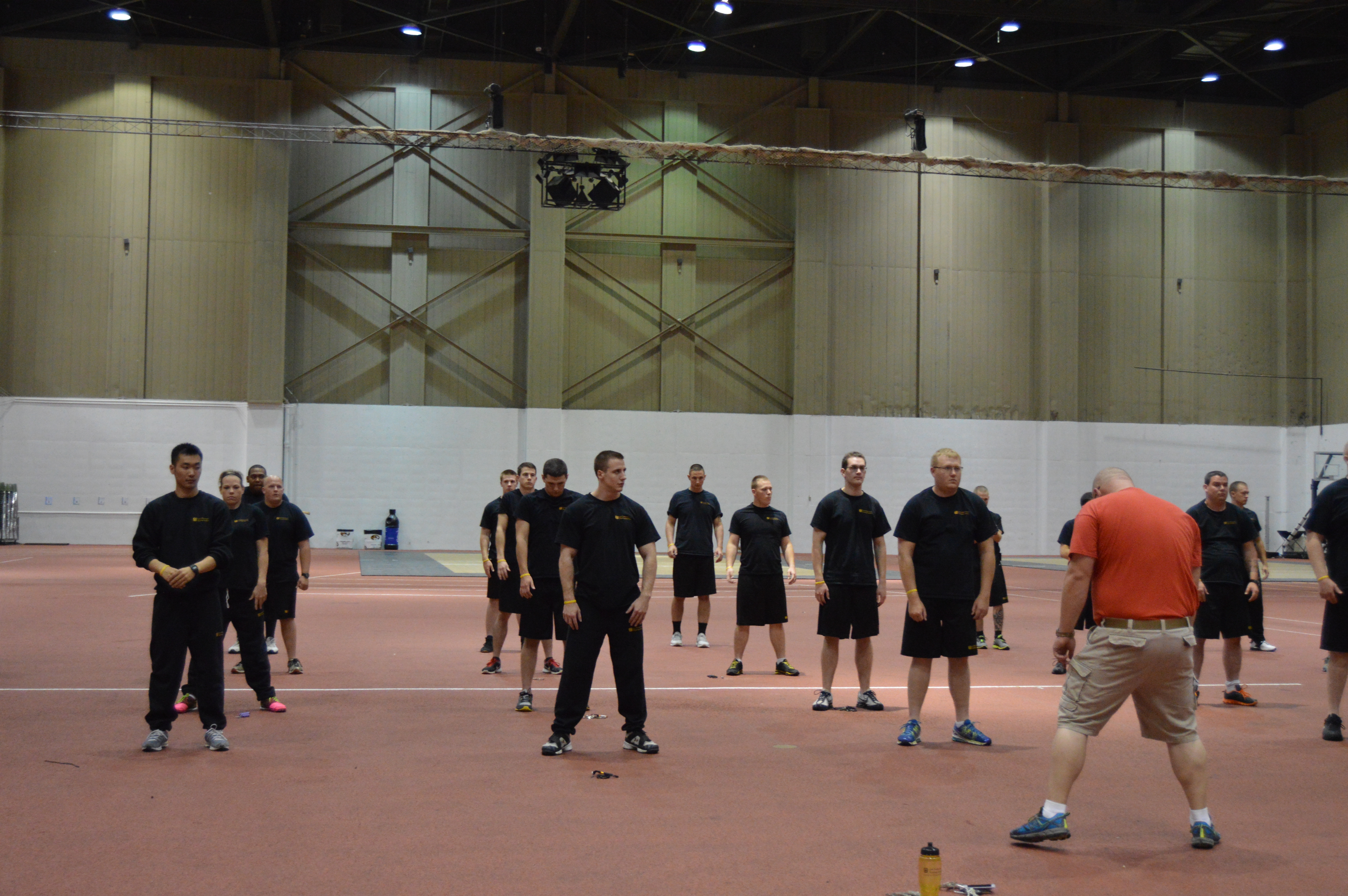 The Department of Public Safety administers the Peace Officer Standards and Training, or POST, program, which oversees police officer standards and training in Missouri. In the U.S., all but two states have state-mandated training, said Sam Walker, an emeritus professor of criminal justice at the University of Nebraska. Walker has written 14 books on the subjects of civil liberties, policing and criminal justice policy.

New York was the first state to mandate basic training for new police officers in 1959.

When it comes to specific policies, however, local police departments get the final say.

"Use of force policies are determined by local police departments, not POST," said Mike O'Connell, communications director for the Missouri Department of Public Safety.

Although specific rules and standards may vary throughout the state, all Missouri police officers are required to complete 48 hours of training every three years, and must be trained in legal studies, interpersonal communication, technical studies and skill development, including defensive tactics.

Three of the 48 hours must also include training in racial profiling, said John Worden, director of  the Law Enforcement Training Institute at the University of Missouri- Columbia, which offers basic and continuing training for law enforcement officers.

On Wednesday, Oct. 1, 23 students attended the institute in the Hearnes Center field house, one of several POST-approved training academies throughout the state.

The courses use the Pressure Point Control Tactics system to implement POST objectives. The system is "recognized as the world's leading nonlethal subject control system," wrote Jason Sharp, a seminar coordinator and instructor, in an e-mail.

Part of PPCT training includes control principles, which teach officers about the components of acceptability, the use of force continuum and common types of resistance, according to the course description created by Bruce Siddle, managing partner of Human Factor Research Group, which provides consulting, training and contract services to law enforcement, among other groups.

After students learn defensive tactics in the classroom, they move on to static training, which focuses on one-on-one practice and individual maneuvers, such as how to transition to handcuffing in a take down.

Wednesday's course was part of the academy's four-month basic training, which must be completed before entering the police force. For several hours they practiced take downs by the number, focusing on each individual maneuver, "until it's burned into your brain," said Glenn Ripsch, a basic training student, adding that the repetitive nature of the course helps students develop their "muscle memory."

Next, students undergo dynamic training, in which they're given a scenario to react to.

"The level of aggressiveness that we hear about from our young clients just seems out of proportion, particularly on these low level offenses that really should be about a ticket," Quinn said.

"There's some thought that, well maybe we can try a different system," Worden, the institute director, said.

He did not say what the new system might be. He also wasn't sure if change is necessary.

"I don't know that it is," he said. "If we're going to change things, then show me how this improves officer safety, how it improves officer understanding of use of force and those types of things."

Duncan said they're always trying to tweak training tactics so that they're acceptable tactically, medically and legally. He said the aim of LETI training is to equip future officers with a tool set.

Quinn, however, disagreed, noting two instances in which police seemed to use military equipment to intimidate juveniles.

During youth protests in 2012, police parked a military vehicle in various spots near the intersection of Skinker and Delmar in St. Louis, the dividing line between black and white communities and St. Louis City and St. Louis County. Quinn said officers would move the vehicle each week, parking it in spots like a Church's Chicken parking lot and a gas station.

In another instance, Quinn said police officers left what appeared to be a machine gun on a table in an open hallway at a police department where her client had to pass when entering and leaving the precinct.

She said both shows of military equipment seemed to be about intimidating youth.

Quinn, who was a Fulbright scholar in Honduras, said it's the only other place where she's seen similar militarization of local police forces.

"I don't know where they're headed," Quinn said in regards to law enforcement militarization. "I think we saw what we saw. I think they have decided that it's time to make some changes...conversations are taking place that weren't taking place before."

Walker said there has been a new emphasis on de-escalating situations in recent years, "where officers are trained to de-escalate an encounter."

Of course, the nature of police work-- and its effect on community relations-- can make the issue of force more difficult, said Norm White, associate professor of criminology and criminal justice at St. Louis University.

"Police are trained to protect and serve, to respond to crimes when they happen, to be...kind of faithful public servants," White said. "They begin to do work in communities that are very distressed."

These stressful environments mean it's difficult to predict what will happen in any situation, creating a chasm between officers and their communities.

"The only person they can depend on is their partner or the other officers," White said. "The work has a way of creating a distance between them and the citizens they're supposed to be protecting."

Ultimately, the aim of defensive tactics is to control and protect against assault, wrote Sharp in an e-mail. Recently, assaults against on-duty officers in Missouri have been on the rise, according to the FBI's annual report on law enforcement officers killed or assaulted: in 2010 the rate of line-of-duty assaults rose to 16.1 percent from 14.9 percent the previous year. The rate of assaults remained relatively stable over the next two years, rising to 16.7 percent in 2011 and falling to 16.4 percent in 2012. The statistics for 2013 have not yet been released.

However, line-of-duty assaults have seen an overall decline in the past decade.

In 2003 19.1 percent of reporting officers were victims of on-duty assault. After rising to 21.8 percent in 2004, this percentage steadily declined by nearly seven percentage points until 2010, according to the FBI.

In 1982 two professors introduced the theory of broken windows, a model positing that maintaining public order would reduce crime.

"If a window is broken and is left unrepaired, all the rest of the windows will soon be broken," wrote George Kelling and James Wilson in The Atlantic, where the model was first introduced.

The theory was championed by former New York City Mayor Rudy Giuliani and implemented by New York Police Department Commissioner William Bratton during his first stint as commissioner, during which time New York City saw a substantial drop in crime rates, as Bratton cracked down on quality-of-life crimes in an effort to deter more serious crimes later.

White said the broken-window policing model "just kind of broadened crime." This policing theory, White said, is part of the problem when it comes to the breakdown in police-community relationships.

"They take on these jobs where they wind up having to be at odds all the time," White said. "So they're at war, as opposed to being a part of the community."

"Someone somewhere needs to begin to understand how to heal those things," he said.