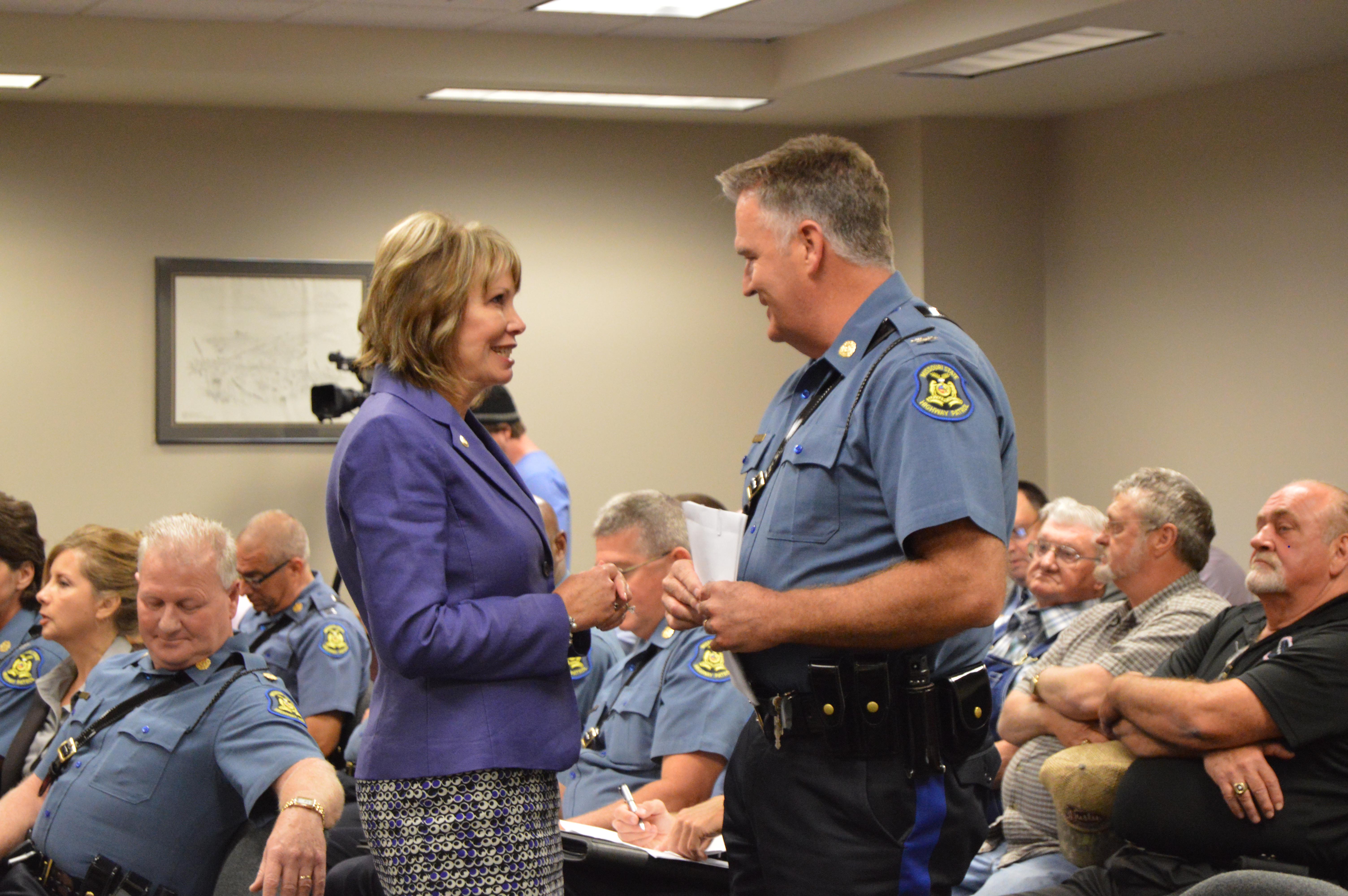 JEFFERSON CITY -  Missouri's Highway Patrol superintendent refused to provide information about the death of a 20-year-old Iowa resident who drowned while in the custody of a water patrol trooper during an Oct. 1 House committee hearing.

Brandon Ellingson was arrested for boating while intoxicated by Trooper Anthony Piercy. Piercy handcuffed Ellingson and provided him with the wrong kind of flotation device. Ellingson drowned after falling off the side of the boat.

Highway Patrol Col. Ronald Replogle told a special House committee investigating the merger of the water and highway patrols said he could not comment because of the potential of a lawsuit arising from the deaty.

Among those in attendance at the committee hearing included Brandon Ellingson's father, Craig Ellingson, and Brandon's uncle, Bob Caluzzi.

Brandon Ellingson's family has yet to file any charges, but Craig Ellingson said a petition to reopen the criminal investigation into Brandon's death on a federal level has received 43,000 signatures. He also said the family may consider filing a civil law suit at some point in time.

"Today, the straw that broke the camel's back is Brandon's drowning," Ellingson said. "If he wouldn't have drowned they wouldn't be here today. And it's a shame that [the committee] is not acknowledging that."

The Missouri Highway and Water Patrol merged into one unit in 2011. There were at least 12 senior troopers in attendence at the committee meeting.  Replogle offered his condolences to the Ellingson family during his opening statement to the committee.

Replogle discussed the benefits of the merger with the committee members, saying a larger force and more advanced technologies were the direct result of the merger.

"Those are really things that can't be measured by the dollar," Replogle said. "[The water patrol] now have mobile computing devices. They have an enhanced radio system we rolled out statewide."

Sgt. Randy Henry, a zone sergeant in the Lake of the Ozarks, gave some information regarding the staffing of his particular zone, but withheld certain details after being advised to do so by legal council. He did, however, respond to committee members' questions about a lack of comfort among patrolers on both the water and the highway. He recounted his experiences working on the highway after spending the majority of his career on the water.

"I was basically a fish out of water," Henry said. "I was in way over my head but that was what I needed to do so I did it. I shouldn't have done it."

Caluzzi called Henry's testimony compelling, in spite of his self-censorship.

"If he would have been able to speak freely, we probably would've found out how unsafe it is to have part-timers on the lake," Caluzzi said.

Members of the committee focused on the kind of training troopers receive before entering the field. Committee Chair Diane Franklin, R-Camdenton, whose district includes the area where Ellington drowned, asked several questions of Capt. Vince Rice, who directs the patrol's training academy.

"What kind of test do [the troopers] have to pass to be on the road?" Franklin asked. "Would you know whether or not they passed whatever test they might need? Why can't you answer this question? How could they be out on the water if they haven't passed your test? Am I asking a question there's no answer to?"

A second hearing regarding the merger will be held in Osage Beach Tuesday, Oct. 14.