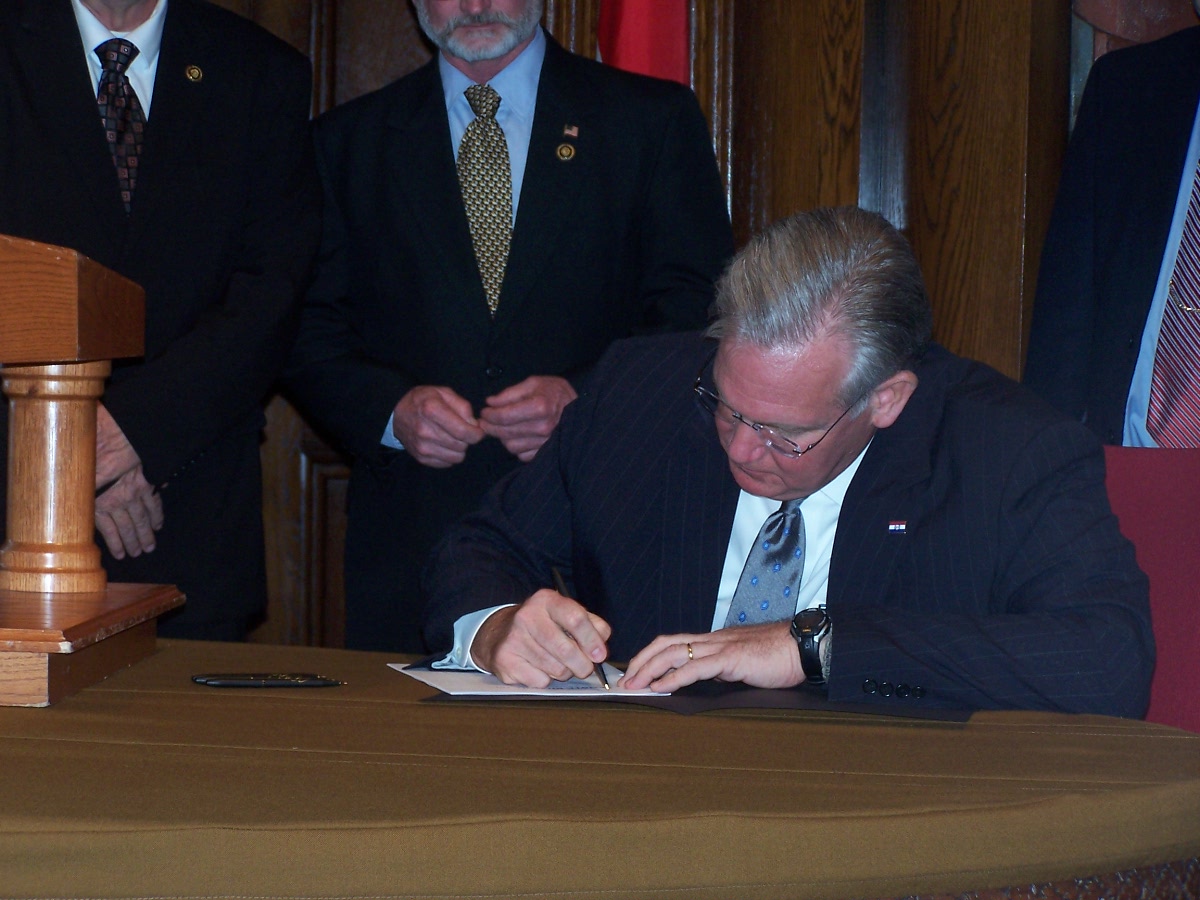 Nixon notified the Senate that he signed the original legislation to undo Proposition B on Wednesday morning after months of heated debate and protests filled the Capitol. Nixon backed the second bill on April 18 after asking for input from several in-state organizations, including the Humane Society of Missouri and state agriculture department.

"Our organizations here are strong, robust, have been great partners with the Department of Agriculture ..." Nixon said. "The bottom line is we don't have to look to other places to get leadership on this issue. We have strength inside the organizations that are involved here. I don't need somebody jetting in to tell us what to do when we can do it ourselves."

Barbara Schmitz, Missouri director for the Humane Society of the United States, which financed and spear-headed the campaign for voter approval, disapproves of the new legislation. She said the law puts the welfare of dogs in jeopardy.

"Senate bill 113 took away all those core provisions and protections for the dogs and leaves us pretty much back where we were before," Schmitz said. "... We think that is is really a slap in the face of voters."

Schmitz said the U.S. Humane Society is looking into different legal options and will continue their fight to uphold Proposition B as passed by voters.

"We are committed to seeing it protected," Schmitz said. "We are really, really disappointed in the political process that has failed us thus far."

Both bills alter many of the major provisions put on dog-breeders that were mandated and approved by 51.6 percent of voters last November. Sponsor of one of the bills, Sen. Mike Parson, R-Bolivar, said he is glad his bill has finally become law.

"That was something that we had worked on for a long time and worked very hard at," Parson said. "We were grateful to see him sign that."

Nixon held a news conference to sign his own bill on Wednesday night, which followed a full day of his office refusing to comment or even acknowledge his action on the first bill.

The new laws, one effective immediately and the other effective Aug. 28, alter the restrictions imposed by Proposition B by removing the limit of 50 breeding dogs a breeder can own and by changing a number of other voter-approved provisions including:

Instead, the law requires breeders to use regulations to be set by the Missouri Department of Agriculture.

"The voter's voice is why we go to the polls and to turn that over at anytime, to me, is a reckless thing to do," said Wright-Jones whose district approved Proposition B by 76 percent.

Nixon, however, said he credits Missouri voters with prompting the debate on dog-breeding conditions.

"But for the people of the state voting on this, we wouldn't be here today," Nixon said. "Their votes did matter, their votes fundamentally changed a discussion that was going on in the state and played a vital role in getting this to the finish line."

Rep. Margo McNeil, D-St. Louis County, said she is conflicted on whether the democratic process prevailed.

"I stuck with my voters who did not want to see Proposition B overturned," McNeil said. "They went to the polls, they voted, they won and they shouldn't have to take less than what they got. ... The winner shouldn't have to compromise."