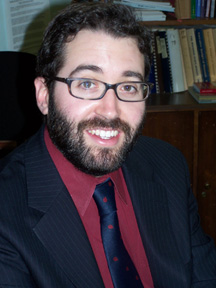 Ben Wieder is a graduate student at the Missouri School of Journalism. He received a bachelor's degree in English from Amherst College and previously worked in book publishing and higher education.

Stories by Benjamin Wieder in 2010 include:
Benjamin Wieder's Blog in 2010
So just how long does Gov. Nixon have to sign the budget?

Posted 05/02/2010:  It might depend on when legislators give it to him. The House and Senate approved a budget for next year on Thursday, April 29, eight days before their May 7 deadline to do so. When I spoke with State Budget Director Linda Luebbering this past week she indicated that the Nixon could have as many as 45 days to sign it. How long Nixon has to sign the bill depends on when it is delivered to him. During session, the governor has 15 days to sign legislation, but legislation delivered to him after the session ends has a 45 day signing deadline. Last year, leaders in the House and Senate didn't sign and deliver the budget until May 29, meaning that Nixon didn't get the budget until after session was over. This year, leaders signed the budget Thursday, but it isn't clear whether its been delivered yet. A speedy delivery could mean Nixon has less time this year than last to pore through the budget, which came in $484 million below his budget recommendation in January.

Budget cuts take a bit off the top
Posted 03/26/2010:  The Director of Missouri's Department of Transportation announced Wednesday he was leaving the department to accept a position with a private contracting firm that has received dozens of contracts from the state during his tenure, including one of the largest in department history last year.

Pete Rahn, the departing director, said he had no influence in the awarding of of these contracts.

The same day, Rep. Ryan Silvey, R-Jackson County, successfully introduced the last of several amendments to cut funding for state department directors and deputy directors across the board, scaling salaries for directors down to slightly more than $85,000.

Rahn made more than $150,000 last year, which means Silvey's amendment would strip nearly half the funding for his salary. Silvey said these cuts are necessary in tough budget times.

Rahn told MDN the opportunity presented by his new employer was too good to pass up.

"It was the right time for me to move on," he said.

Speaking Wednesday after Silvey's amendments had been successfully added to the budget, Sara Lampe, D-Springfield, the ranking Democrat on the House Budget Committee, said she was pleased that Silvey's cuts were "fair and equitable" -- by being spread equally across departments.

She disagreed with Silvey's criticism of the pay of Gov. Jay Nixon's staff, which has five employees, including the governor, slated to make more than $100,000 in the current calendar year, according to the Missouri Accountability Portal.

"We want our governor to have the most qualified people," Lampe said. "Money is often associated with that."

The Senate is likely to make even deeper cuts to the budget, according to the Rob Mayer, R-Dexter, the Senate's Appropriations Chair, and the budget for the following year is currently expected to have a hole that could be as large as $1 billion.

Are any more department head shakeups in store?

Icet and Nixon aren't singing Kumbaya just yet
Posted 02/18/2010:  Filing a governor's budget recommendation used to be a courtesy extended to Missouri's top executive by House Budget Chairs. Current Chairman Allen Icet, R-Wildwood, had gotten away from the tradition in recent years, so his decision to introduce Nixon's budget recommendation last week - as a series of bills -  was surprising. It was even more surprising given that Icet has repeatedly chastised Nixon for not collaborating with him, saying as recently as Feb. 10 the governor doesn't return his calls.

I asked Icet Wednesday whether his introduction of Nixon's budget indicated that their relationship had improved. Not quite. "I wouldn't characterize it that way," he said, smiling. Rather, Icet said he introduced Nixon's budget - with instructions to appropriations chairs to cut 5 percent across the board - because of numerous requests from house colleagues on both sides of the aisle, who felt more comfortable working off of Nixon's recommendation in bill form.