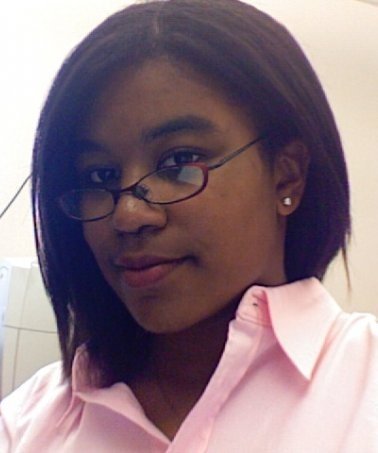 Juana Summers is a Newspaper Journalism and History dual degree student at the University of Missouri Columbia, who is focusing her reporting this semester at Missouri Digital News on the Attorney General's race in Missouri. She has previously worked as a Local News Intern at WashingtonPost.com, and hosts a weekly show on KBIA-FM. She hopes to move back to Washington next summer.

Stories by Juana Summers in 2008 include:
Juana Summers's Blog in 2008
Another day on the campaign trail.

Posted December 11, 2008: Many reporters I work with get frustrated by the daily grind, sources who fail to return phonecalls and difficult editors.  While I've experienced all of the above, it's the nuances of reporting that I find difficult more than anything else.  Right now, I am working on a large project about Missouri's roads and highways and means of funding those areas, and it's been tough to find a way to humanize the story.  To that end, I went to some of Missouri's truck stops and rest stops.  My hope was to find someone who frequently travels Interstate 70, and to see what they had to say.  But as a female journalist, it was tough to crack either drivers or truckers.  Several men I attempted to approach were demeaning and downright rude.  One invited me into his car.  I know that if I had been a male journalist, the situation would have never happened.  And if I were a male journalist, I certainly wouldn't have been wary of going back out to seek additional sources.  Reporting is about people, which means you deal with the worst and best of them, no matter how much you might want to avoid it.

Posted December 2, 2008: With a recent announcement from Governor-elect Jay Nixon's transition team, Missouri's financial future is beginning to look a lot bleaker. I listened in on a conference call with former Sen. Wayne Goode, who announced that the state -- as of November -- is facing a $340 million dollar shortfall.  This is largely due to a $623 million drop in revenue.  Goode, who's an experienced legislator with a lot of time invested in both House and Senate appropriations has said this economic situation is "like none he's ever seen before."  He also ascribed a lot of the blame for Missouri's situation to the national economic crisis.  We're officially in a recession, folks.  I'll be interested to see when, and if, the state comes out of it.

Posted November 20, 2008: Happy Thanksgiving to all - I am thankful for having an amazing semester at the Capitol, voting in my first presidential election and learning more in 10 weeks of reporting than I have in my entire J-School education.  As for me, I'm currently working on a large transportation feature, as well as several profile pieces. Couldn't be more excited to get to some spot news though!

Posted November 13, 2008: This was a short week for those of us who work at the Capitol, as the entire place shut down for Veteran's Day.  However, I finished up a story I had been working on regarding editorial endorsements and why they matter. I think it's a good post election analysis piece in an area of the state that's so consumed by journalism. I'm getting excited because I have several things on the back burner that I'll be able to turn out that have to do with Governor-elect Nixon's new administration.

Posted November 7, 2008: Most people think the end of the elections means that reporters get a moment to breathe, but that's not the case here in Jefferson City.  Reporters are now working on covering Missouri's first democratic governor in quite some time, as well as his new administration.  This week, there has been a theme of bipartisanship at the Capitol, but it'll be interesting to see how this plays out with a new dynamic here in Jeff City.

Posted October 28, 2008: This semester has been a whirlwind of news coverage, and next week will only accelerate the pace of life here at the Capitol.  Today, I focused on newspaper's endorsements of political candidates and how/why they matter, and when they don't, as well as some of the allegations of liberal media bias along with that.  It's pretty fascinating, especially in an age where online news is becoming a staple and the "dead tree product" is simply a historic artifact.

Posted October 23, 2008: This week, it's all been about campaign TV ads and looking at how they've changed during the course of this election season. The Attorney General campaign, that was once considered fairly cordial because of the senators working relationship with each other, has gotten to be more cut-throat and has had more attack ads.  One just was introduced today.  While I'm very excited to be covering things up until the election, for me everything is hinging on Nov. 4.

Posted October 16, 2008: There's only a little bit of time left until the election and I couldn't be happier! I have been out on the campaign trail with Sen. Gibbons to get to know him a little better for a full-length profile on him as a person. I think Sen. Gibbons relationship to this campaign as well as his rise in Missouri politics is specifically interesting, and it'll be great to report on it.

Posted October 3, 2008: This week, I set out on the campaign trail with Sen. Mike Gibbons, attorney general hopeful.  In Columbia on Monday, Gibbons unveiled his proposal for a new cyber crimes unit in the Attorney General's office, a move the Koster campaign said was unnecessary because sitting Attorney General Jay Nixon had already had a similar plan in place.  I also started working on an extensive piece about interstate reconstruction in Missouri.  This weekend, I'm taking some time off, but I'm excited to hit the campaign trail again next week!

Posted September 24, 2008: It's been quite an intense couple of weeks in the news, as Americans have plunged headfirst into a time of economic uncertainty.  With me reporting on campaign finance extensively, it's been quite an adventure.  This week, I investigated further campaign finance contributions made after the limits were lifted, as well as wrote a story on high numbers of voter registration and Missouri.  We marveled over the more than four million voters registered in Missouri, and the gains in some of the largest counties while Boone County, where I live, saw a 20 percent decrease in voter registrations.  Thursday, it's back to the grindstone with more reporting on the Gibbons campaign of the Attorney General's race.

Posted September 9, 2008: This week, broadcast reporter Jack Cunningham and I sat in on a very tedious joint committee hearing about pre-need funeral policies, and the impropriety of one St. Louis-based company that administers these policies.  This company, according to one funeral director in Columbia, is essentially responsible for 95 percent of pre-need funeral contracts in Missouri. It's fascinating how state law can affect every single area of life, and how if the law is not exactly explicit in its' intent, bad things can happen. On Thursday, I will be a panelist on the Missouri Press Association sponsored debates for gubernatorial candidates along with Representatives from the Columbia Daily Tribune, Columbia Missourian and KOMU 8 News.  I will represent KBIA 91.3 FM, where I produce a weekly business show.  The forum is moderated by David A. Lieb, Associated Press reporter.  It should be a fascinating experience to see the candidates in action and to see their policies on some of the most pressing issues side-by-side.